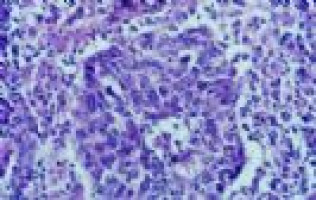 A large, international analysis of patients with stage IV non-small cell lung cancer (NSCLC) indicates that a patient's overall survival (OS) rate can be related to factors including the timing of when metastases develop and lymph node involvement, and that aggressive treatment for "low-risk" patients leads to a five-year OS rate of 47.8 percent, according to research presented today at the American Society for Radiation Oncology's (ASTRO's) 56th Annual Meeting.

When lung cancer has spread from an original tumour to other sites of the body, it is classified as metastatic (Stage IV), and the goal of treatment is to slow the cancer down with chemotherapy or radiation, but these treatments are unable to eradicate the cancer and survival is usually in the range of only a few months.

However, when there are only a few locations of metastatic lung cancer (called oligo-metastatic), some studies suggest that by removing or eradicating each of those cancer deposits with aggressive treatments such as surgery or high-dose, precise radiation called stereotactic ablative radiotherapy or SABR, the cancer may be controlled for a long period of time.

In order to further study the possible benefits of aggressive treatments in stage IV lung cancer, researchers completed this meta-analysis which evaluated data of 757 Stage IV NSCLC patients from 20 hospitals worldwide who had between one and five metastatic deposits that were removed surgically or eradicated with high-dose, precise radiotherapy.

Patients in the study also had to have had aggressive treatment of their original lung tumour.

The intent of the study was to determine whether long term survivors exist after aggressive treatment of oligo-metastases, and to propose a risk classification scheme that could be used to identify which stage IV patients are most likely to benefit from aggressive treatments.

Furthermore, the study found that despite receiving aggressive treatments, more than half of the patients progressed in previously treated areas or developed new sites of disease within one year of treatment.

"Our study finds some stage IV NSCLC patients can achieve long-term survival after aggressive treatments; however, it is important to note that the patients in this study are a very select minority of stage IV patients who are younger, more physically fit, with a lower burden and slower pace of disease than the average stage IV patient," said lead study author Allison Ashworth, MD, a radiation oncologist who completed the study as part of her training at the London Health Sciences Centre at Western University, in London, Ontario.

"We hope our study's results will help determine which stage IV NSCLC patients are most likely to benefit from aggressive treatments, and equally as important, help identify those patients most likely to fail, thus sparing them from futile and potentially harmful treatments. Our research, however, cannot answer the question of whether the longer survival is due to the treatments or simply because these patients have less aggressive disease. We must await the results of randomised clinical trials to answer this question. In the meantime, it is our hope that our study will help cancer specialists in making treatment decisions and in the development of clinical trials."