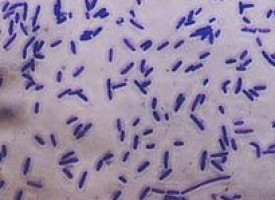 New study by Cancer Science Institute of Singapore at NUS show that the protein is produced as an immune response and requires the tumour suppressor RUNX3.

A team of scientists from the Cancer Science Institute of Singapore (CSI Singapore) at the National University of Singapore (NUS) discovered that a protein named IL23A is part of our stomach’s defence against bacterial infection which leads to gastric cancer.

This finding could potentially be used to combat the deadly disease.

The novel study was published online in the leading journal Cell Reports.

Every year, some 740,000 people die from gastric cancer globally.

In Singapore, stomach cancer was the fourth leading cause of cancer death among men and fifth among women from 2008 to 2012.

This highlights the urgent need to understand the causes of this deadly disease.

It is now known that a major trigger for the development of gastric cancer is the infection of a bacterium, Helicobacter pylori.

A drawn-out battle against this bacterium often causes persistent inflammation of the stomach, which is a dangerous cancer-causing condition.

As such, understanding and strengthening the natural defence mounted by our stomach cells is a logical and crucial step in preventing gastric cancer.

In this study, the researchers found that a protein named IL23A normally produced only by white blood cells is released by stomach cells when exposed to H. pylori.

This demonstrates that IL23A is part of our stomach’s defence against bacterial infection.

At the same time, they found that production of IL23A by stomach cells requires RUNX3, a tumour suppressor gene that is frequently silenced in gastric cancer.

The involvement of RUNX3 appears particularly important during inflammation and infection caused by the bacterium.

Their observation makes an important connection: when stomach cells lose RUNX3, they become defective in their ability to respond to infection by H. pylori, making the stomach vulnerable to this carcinogenic bacterium.

Prof Ito said, “We have been studying the frequent inactivation of RUNX3 in gastric cancer for some time. Our latest findings show that an important consequence of losing RUNX3 is a compromised immunity and this will enable us to devise better protection against pathogens.”

The study was supported by the Translational and Clinical Research Flagship Programme and the National Research Foundation of Singapore.

In the next phase of research, the team will focus on determining the function of the novel IL23A complex they discovered, as part of their overall strategy to combat H. pylori-induced gastric cancer.

Concomitant application for patent protection of this work by NUS will facilitate industry involvement, so that this research can be effectively used to develop novel treatments to combat gastric cancer.