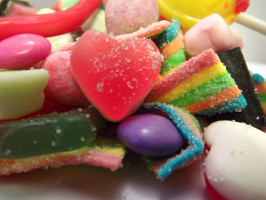 The dramatic increase in sugar consumption that has been observed in many countries in recent decades has been linked to increases in some types of cancer, including breast cancer, as well as other serious diseases.

However, some published studies have found no significant link, and the underlying mechanisms are still quite poorly understood.

It is thought that sugar can increase cell proliferation, cell migration and inflammation, and induce DNA damage, all of which are related to cancer development.

Several studies testing the link between sugar intake in food, drink or both and the risk of breast cancer development have shown a positive correlation, but other similar studies have been inconclusive.

All those that showed a positive correlation had summed sweet food and drinks into a single variable rather than treating them separately.

Mammographic breast density (MD) – that is, the proportion of breast tissue that is composed of fibrous and glandular, rather than fatty, tissue – is correlated with breast cancer risk, with women with denser breasts at higher risk of developing the disease.

An increase in breast density may reflect an increase in the proliferation of fibroglandular cells in the breast, and, therefore, may be driven by consumption of excess sugar.

Two previous studies have shown positive correlations between sugar consumption and MD, but only one of these was statistically significant.

Caroline Diorio from the Centre de Recherche sur le Cancer, Université Laval, Quebec, Canada and her co-workers set out to examine this link in a large sample of pre- and post-menopausal women.

A total of 1555 women (776 pre-menopausal and 779 post-menopausal) were recruited during mammography screening in Quebec City.

Each participant’s consumption of food and drinks in each of these categories, and in all categories combined, was estimated as a number of servings or added spoonfuls per week.

Two estimates of breast density – relative (measured as a percentage) and absolute (measured in cm2) were obtained for each woman from the mammograms used in screening.

The participants were divided into quartiles based on sugar intake and multivariate linear models used to evaluate associations; these were adjusted for potential confounding variables including age and body mass index.

In all women, absolute breast density was found to increase with increasing consumption of sugar-sweetened beverages by quartile from an average of 31.6 cm2 in the women with the lowest sugar intake to 36.4 cm2 in those with the highest; a similar pattern was observed with relative MD.

When the participants were stratified by menopausal status several positive correlations were found to be statistically insignificant.

Among pre-menopausal women, the only statistically significant correlation was between absolute MD and the consumption of sugar-sweetened beverages.

In contrast, the only statistically significant correlation in the post-menopausal cohort was between percentage MD and the consumption of sweet foods.

No correlation was found between added sugar and MD, and none of the positive correlations observed when all sweet items were combined was statistically significant.

The results were not affected by stratification by body mass index.

The differences in MD between high and low sugar intake found by this study are relatively small but still large enough to affect overall breast cancer risk.

Diorio and her colleagues concluded by suggesting that, although further studies are needed to confirm these findings, they back up the value of including sugar intake as a cancer risk factor in public health strategies.