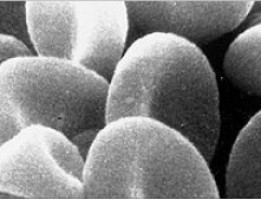 
The abstract was presented at the 55th ASH Annual Meeting and Exposition, New Orleans, LA, December 7-10.


Over the last decade evolution of CML treatments (involving imatinib followed by second generation TKIs) has transformed CML into a chronic disease where patients need to take medications daily.


Both the ADAGIO and Hammersmith trials showed clear correlations between adherence and optimal treatment responses, with the Hammersmith trial furthermore showing that non-adherence was one of the most important factors predicting loss of cytogenetic response.


Between September 2012 and January 2013 Jan Geissler from the CML Advocates Network and colleagues asked 2547 CML patients from 79 countries to answer questionnaires to identify risk factors predicting intentional non-adherence to TKIs.

For the study the median age of responders was 51 (range 18-96) and the median time from diagnosis was four years (0-27 years).


Results show that overall 51.6% of respondents reported having missed unintentionally at least one dose over the last year, and 19.5% intentionally. Focusing on the 490 intentional non-adherent subjects, the study found 60% were on imatinib, 20% on nilotinib, 14% on dasatinib and 6% on other TKIs.
Results show that younger age (P=0.015), longer times since diagnosis (P<0.001), lower satisfaction with information received from health care providers (P=0.0002), higher burden on social life (P<0.001) and not being fully informed on the importance of adherence (P=0.042) all predicted a higher likelihood of patients being intentional non-adheres.


The motivation for intentional non-adherence was to avoid fatigue (13%), diarrhoea and GI issues (11%), nausea (10%) and muscle pain (9%).
Non-adherence was lower when patients were told that every dose was important to make the treatment work (P=0.042).
“Key factors predicting intentional non-adherence can potentially help physicians and patient organisations to identify patients early who should be monitored more closely and informed about the importance of adherence,” wrote the authors.


The proactive management of side effects, they added, reduces reasons for intentional non-adherence.