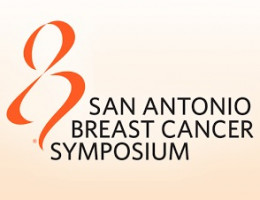 Breast cancer survivors taking aromatase inhibitors (AIs) such as anastrozole, letrozole, and exemestane experienced a reduction in joint pain if they exercised while on treatment, according to results presented at the 2013 San Antonio Breast Cancer Symposium.

Five years of AI use after surgery or other primary treatment is recommended for postmenopausal women diagnosed with stages 1-3 hormone receptor-positive breast cancers, which account for nearly 70 percent of all newly diagnosed breast cancer cases. Up to 50 percent of patients on AIs report experiencing arthralgia, or joint pain and stiffness.

This side effect is the most common reason patients stop taking the drug.

“Unfortunately, many patients discontinue the drug because of its unpleasant side effects. In this study, we discovered that exercise improves joint pain, the most common side effect of AI use. These results are a promising first step in developing clinical interventions that can improve AI-associated joint pain and, in turn, AI adherence, breast cancer survival, and quality of life.”

In this randomized trial, Irwin and colleagues investigated the impact of a yearlong exercise program compared with usual care on women who were taking AIs and experiencing joint pain.

Measures of worst pain, pain severity, and pain interference dropped 20 percent among participants who were assigned to the exercise program, compared with modest increases or no change in joint pain among participants who were assigned to usual care. Exercisers experienced these improvements regardless of age; disease stage; whether they received chemotherapy, radiation, or both; and how long they had been taking AIs.

The 121 study participants were postmenopausal women diagnosed with stages 1-3 hormone receptor-positive breast cancers who were taking an AI. All reported at least mild joint pain and were not exercising at enrollment, but were physically able to exercise.

Sixty-one participants were randomly assigned to an exercise program that entailed twice-weekly supervised resistance and strength training sessions and 150 minutes per week of at least moderate-intensity aerobic exercise, such as brisk walking. This exercise prescription is the current recommendation for healthy adults and cancer survivors.

Irwin and colleagues will next examine in more detail the mechanisms that may be influencing the effect of exercise on AI-associated joint pain, including body weight, inflammation, and muscular strength, as well as whether improvements in joint pain occurred at the beginning, middle, or end of the yearlong intervention.

This study was funded by the National Cancer Institute. Irwin declares no conflicts of interest.