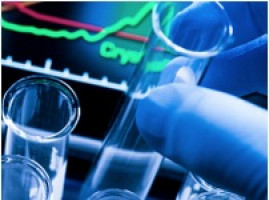 Two new studies, published in The Lancet and The Lancet Oncology, show that targeted radiotherapy delivered during surgery could offer a viable alternative to current procedures – which require women to attend daily radiotherapy sessions for weeks after surgery – for some women undergoing surgery for early breast cancer.

Most women who undergo partial mastectomy (lumpectomy) surgery for breast cancer also complete a course of radiotherapy delivered to the whole of the affected breast (called external beam radiotherapy, EBRT).

EBRT has been shown to reduce the risk of cancer recurring in the breast, but it can cause unpleasant side-effects, and requires women to attend radiotherapy centres for 20–30 days after surgery, which can cause serious difficulties for women who live far from radiotherapy centres, especially those in remote or very rural areas.

In some cases, women who are eligible for lumpectomy may end up undergoing full mastectomy, simply because they cannot meet the demands of subsequent radiotherapy treatment required by partial tissue removal.

Without radiotherapy treatment, women who undergo lumpectomy are at risk of the cancer recurring, usually either at, or near, the site of the original tumour.  This has led several groups of researchers to investigate whether a single dose of radiation, specifically targeted to the site of the tumour, and delivered during or soon after surgery, might offer a viable alternative treatment to reduce the risk of recurrence.  Two articles published today in The Lancet and The Lancet Oncology reveal new results from two trials assessing two different methods of delivering targeted radiation in this way.

In The Lancet, an international team of researchers, led by Professor Michael Baum and Professor Jayant Vaidya, of University College London, UK, investigated the performance of TARGIT (where radiation is delivered to the tumour site via a miniature X-ray emitting device) compared with a standard EBRT course of daily doses for 3 to 6 weeks.  Over 12 years, 1721 women received the study treatment (TARGIT), compared to a control group of 1730 women who received standard EBRT treatment.  The TARGIT technique was originally developed by Professor Michael Baum, Professor Jayant Vaidya, and Professor Jeffrey Tobias, and has been tested in 33 different centres since 1998.

The 3451 patients who participated in the final analysis were made up from two separate strata, equivalent to two trials run in parallel. The first included 2298 patients, 1140 of whom received TARGIT at the same time of the initial surgery (as originally envisaged by the researchers); these participants were compared with 1158 patients receiving conventional EBRT.  However, after receiving requests from some clinicians, they extended the trial to include 1143 women, 562 of whom were allocated EBRT, and 581 of whom were allocated to receive TARGIT as a second procedure an average of 37 days after surgery (postpathology stratum).

The trial was intended to reflect real-life practice as far as possible, so women who had received TARGIT at the time of surgery but were subsequently shown to carry high risk features for recurrence also received EBRT.  Overall, about 80% patients in the TARGIT group completed their surgery and radiotherapy under a single anaesthetic, without needing any supplemental EBRT.

The researchers specified at the outset that if the difference in 5-year local recurrence between the two treatments was less than 2.5% then TARGIT should be considered “non-inferior” (as good as) standard radiotherapy.  Across all trial participants, the difference in 5-year risk for cancer coming back in the breast (local recurrence) was within the originally set limit of 2.5%, meaning that a single TARGIT treatment was non-inferior to EBRT in controlling cancer.

Furthermore, the overall mortality was 3.9% with TARGIT and 5.3% with EBRT, due to significantly fewer deaths from cardiovascular causes and other cancers.

When TARGIT was given at the same time as lumpectomy, as the researchers originally planned, the local recurrence and breast cancer deaths were similar in the TARGIT and EBRT groups, and deaths from other causes were significantly reduced with TARGIT (1.3% for TARGIT vs. 4.4% for EBRT).

According to Professor Vaidya, “The most important benefit of TARGIT for a woman with breast cancer is that it allows her to complete her entire local treatment at the time of her operation, with lower toxicity to the breast, the heart and other organs   Our research supports the use of TARGIT concurrent with lumpectomy, provided patients are selected carefully, and should allow patients and their clinicians to make a more informed choice about individualising their treatment, saving time, money, breasts, and lives.”*

In The Lancet Oncology, researchers in Italy, led by Professor Umberto Veronesi, of the European Institute of Oncology in Milan, report results from a trial of a slightly different method of delivering targeted radiation, using a device which emits electron radiation to the tumour site (electron intraoperative radiotherapy, or ELIOT).  651 women attending the European Institute of Oncology in Milan for early breast cancer treatment received ELIOT during lumpectomy surgery, and a control group of 654 women received standard EBRT after lumpectomy.

The researchers distinguished between true local recurrence of breast cancer (occurring in exactly the same site as the tumour), and recurrence of cancer in the same breast that had been operated on (ipsilateral recurrence).

For the patients in the ELIOT group, the researchers examined the characteristics of tumours where relapse occurred, allowing them to identify several features associated with recurrence, including large tumour (>2cm), and oestrogen-receptor negative (ER-negative).

According to Professor Veronesi, “For women who receive intra-operative radiotherapy, identifying the features most commonly associated with recurrence of cancer in the breast that has been operated on will allow us to identify the patients most likely to benefit from subsequent external radiotherapy.”

“Although our results show that 5-year rates of local recurrence were significantly higher in women who received ELIOT, we need to bear in mind that for some women, the benefits of not needing to complete weeks of radiotherapy will outweigh a higher risk of local recurrence.  It’s also encouraging that after 5 years, overall mortality rates do not differ between women who received ELIOT and those who received standard treatment.   Advances such as intraoperative radiotherapy might help to further improve the quality of life for patients, and the findings of our trial will enable clinicians to better use biomolecular factors along with traditional clinical and histopathological factors to identify the patients who are ideal candidates for partial breast irradiation.”*

Writing in a linked Comment on both studies, Professor David Azria and Dr Claire Lemanski of the Institut du Cancer Montpellier, France, suggest that although it is clear that further research will be needed to identify the patients least likely to experience recurrence of cancer after undergoing surgery and intraoperative radiotherapy, “The new data from TARGIT-A and ELIOT reinforce our conviction that intraoperative radiotherapy during breast-conserving surgery is a reliable alternative to conventional postoperative fractionated irradiation, but only in a carefully selected population at very low risk of local recurrence.”