ECC 2013: Relatives of children with bone and tissue sarcomas have increased cancer risk 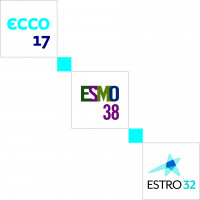 Relatives of children with bone and soft tissue sarcomas have a greatly increased risk of developing a wide range of cancers and could benefit from genetic testing, screening and family counselling, according to a new study presented at the 2013 European Cancer Congress (ECC2013).

Sarcomas are rare types of cancers that develop in the supporting tissues of the body. Bone sarcomas, such as chrondosarcomas, usually develop in the bones, but sometimes in the soft tissues near the bones.

Soft tissue sarcomas can develop in muscles, fat, blood vessels or any other tissues that support and surround the body’s organs.

Researchers at the University of Manchester (UK) investigated the incidence of cancers in 10,841 relatives from 629 families with children who were diagnosed between 1954 and 2008 with Ewing’s sarcoma, osteosarcoma/chrondosarcoma or soft tissue sarcoma. Details of the children were obtained from the population-based Manchester Children’s Tumour registry, which records details of children aged between 0-14 diagnosed with cancer since 1954 in the North West of England.

“We found that there was an increase in cancer risks for relatives of children with soft tissue sarcomas and osteosarcoma/chrondosarcoma, but not Ewing sarcoma. This risk is generally confined to relatives who are under the age of 60,” said Dr Robert Alston, who is a research associate at the Cancer Research UK Paediatric and Familial Cancer Research Group at the University of Manchester.

He said that there was a significantly increased risk of a wide range of cancers in relatives of children with soft tissue sarcoma: 280 were diagnosed during the period of the study when only 248 would be expected.

For relatives of children with osteosarcoma/chrondosarcoma, 188 different cancers were observed where only 158 would be expected.

“It is important to remember that many of these tumours are quite rare, so the absolute increased risk of a relative developing one will still be low,” said Dr Alston. “The wide range of excess cancers in relatives of children with sarcoma implies that there may be a variety of inherited and/or environmental factors involved.

“This information could be used for family counselling and might have an influence on problems such as whether individuals should be screened for cancers based on family history, at what ages those screening programmes should start and finish and what the frequency of scans and other checks should be.”

He said that the findings could also inform further research into the possible genetic and environmental causes of the increased risk.

“The possible causes can be divided into genetic risk (due to inheritance of mutations in various genes in the cancer pathway) and environmental factors. There might be a role for gene-environment interactions where the effect of a particular environmental factor is not dealt with properly by the body’s defence mechanisms because of the fault inherited in a gene. This study cannot directly say a lot about that, as it is not practical to do full genetic testing on the entire cohort of children and their relatives and we do not have environmental information over such a long time period. However, it indicates areas where further research could be carried out.”

He concluded: “Although there have been some previous studies into increased familial risk, I believe this is the first to highlight some of the cancer types in the families, as well as the link between cervical cancer and soft tissue sarcoma. The quality of the data is higher than in previous studies, and, as the study is population-based, it does not rely on where people were treated.”

ECCO president, Professor Cornelis van de Velde, commented: “Bone and soft tissue sarcomas are very rare and the way most cancer registries around the world record them makes it difficult if not impossible to distinguish between different kinds of sarcomas and osteosarcomas. This creates problems for investigating these cancers, their prevalence and any associations with increased risk in families. The research presented here today, showing an increased cancer risk for relatives, particularly younger ones, of children diagnosed with bone and soft tissue sarcomas, is an important addition to our understanding of the hereditary nature of these diseases. It clearly indicates the need for reliable registries, with international participation, so that the information can be used for further understanding the disease and for counselling.”

ESMO spokesperson, Professor Jean-Yves Blay, Professor of Medical Oncology at University C. Bernard and Centre Leon Berard, Lyon, France, commented: “This is a very important study showing an increased incidence of specific cancer types in the relatives of children with soft tissue and bone sarcoma, with complex differences across histological subtypes with different genetic alterations. Different predisposing conditions are involved in different sarcoma subtypes, and it is crucial to distinguish subtypes to get precise information: lumping all sarcomas together is suboptimal and analyses per histological subtypes are now required. These results point out a complex landscape of genetic and possibly environmental factors in these families. Large population-based registries of high quality are mandatory to explore genetic predispositions in these rare tumours.”