In situ RNA sequencing in preserved cells and tissues 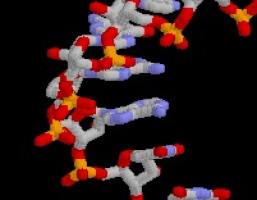 
Gene expression profiling has become a useful tool in the study of human organ function in health and disease, and in exploring the genetic changes involved in cancer development.

It is necessary to homogenise samples of tissue before the expression profile can be determined using any of the techniques that are currently in routine use.

This implies that it is impossible to discriminate between the gene expression profiles of different cell types present in the same tissue sample.

These techniques are therefore flawed in any tissue that includes multiple cell types, because it is impossible to track which types of cells are expressing RNA transcripts of which genes.

It is now possible to apply next generation techniques to the sequencing of RNA transcripts, and thus to analyse the RNA content of single cells, but these methods are typically slow and limited to small numbers of cells at a time.

Mats Nilsson of Stockholm University, Sweden, Carolina Wählby of the Broad Institute of Harvard and MIT, Cambridge, MA, USA and their colleagues have now developed a technique for the parallel, targeted sequencing of tiny (4 base pair) fragments of messenger RNA in unperturbed, fixed cells and tissues.

This procedure involves first copying an mRNA strand into cDNA by reverse transcription, and then degrading the original mRNA using RNAse H.

A so-called padlock probe is then hybridised to the cDNA strand, and two methods can then be used to sequence small RNA fragments.

In gap-targeted sequencing, the padlock probe binds to the cDNA with the targeted nucleotide sequence forming a gap between its ends, and this gap is filled by DNA polymerization and ligation to form a circular DNA.

Alternatively, in barcode targeted sequencing, the probe carries a “barcode” sequence to hybridise to the cDNA, and the DNA circle is formed by ligation only.

The resulting circular DNA, which is termed a rolling-circle product (RCP) is amplified and sequenced by ligation chemistry.

This method involves incorporating fluorescently-labelled bases into a sequence that is complementary to the RCP sequence (and therefore equivalent to the sequence under test) and reading that sequence off using fluorescence staining.

The feasibility of the technique was first tested by sequencing small fragments of the human beta-actin (ACTB) transcript using the gap targeted method, and proving that bases could be called with a very low error rate.

The researchers were also able to identify rare mutant KRAS transcripts in cell cultures in which the mutant sequence had been spiked into a wild type background at a low ratio.

In order to test the technique in tissue samples in situ, they used the gap-targeted method to sequence four base pair motifs from transcripts of both ACTB and the herceptin receptor gene HER2 (also known as epidermal growth factor receptor 2) in sections of HER2 positive breast cancer tissue.

The applications of this technique are undoubtedly limited by the short size of the sequenced reads, but it is possible to overcome some of these limitations bycareful design of padlock probes.

Nilsson, Wählby and their co-workers designed padlock probes to target 39 different mRNA transcripts, including 21 that are already used in a prognostic panel for breast cancer (OncoType DX) and used these to study transcript localisation in three samples of HER2 positive breast cancer tissue.

Expression data was obtained for 31 of these transcripts, and the expression patterns were shown to vary between parts of the same tissue as well as between samples.

For example, HER2 expression occurred mainly in tumour cells, whereas the gene for the intermediate filament vimentin (VIM) was expressed mainly in non-tumour (stromal) cells.

Taken together, these results showed that Nilsson and Wählby had developed a technique that could be used for precise gene expression profiling of heterogeneous tissues, including tumour tissues, and to obtain a separate expression profile for each component of the tissues.