Half of UK will get cancer in their lifetime by 2020 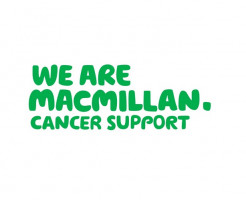 In 2020 almost one in two people (47%) will get cancer in their lifetime, but almost four in 10 (38%)1 will not die from the disease, according to new projections from Macmillan Cancer Support.

The charity warns this will put huge pressure on the NHS and see a surge in demand for cancer support charities such as Macmillan.

The new figures, analysing existing data, found that the proportion of people in the UK who will get cancer in their life has increased by more than a third over the past 20 years. In 1992, around one in three people (32%) who died that year had been diagnosed with cancer at some point in their life. By 2010, this had risen to more than four in 10 (44%). And the proportion will continue to rise to be almost one in two (47%)1 by 2020.

This means the number of people who get cancer but die from another cause has doubled over the past 20 years. In 1992, around 45,000 cancer patients died from other causes; by 2010 this increased to around 90,000. The most common other causes of death aside from cancer are as follows: one in five (20%) die from ischaemic heart disease; another one in five (20%) die from respiratory disease; and around one in eight (12%) die from cerebrovascular disease such as stroke2.

The growth in the number of people getting cancer is due to overall improvement in life expectancy (i.e. as the population ages the incidence of cancer rises). The reduction in the proportion of those diagnosed who die of their cancer is because of a greater focus on early diagnosis, advances in cancer treatments and better cancer care.

Though the survival trend is encouraging, there is growing evidence that many cancer patients do not return to full health after gruelling treatments and the serious side effects of the disease.

'That we live longer as a nation, and that we are improving cancer treatment, are things to celebrate. We do, however, need to add a serious note of caution: the more successful we are with treatment and cure, the more people we have living with the long-term effects of cancer and its treatment.

'Many patients can be left with physical health and emotional problems long after treatment has ended. People struggle with fatigue, pain, immobility, or an array of other troublesome side-effects. We need to manage these consequences for the sake of the patient, but also for the sake of the taxpayer. We should plan to have more services to help people stay well at home, rather than waiting until they need hospital treatment.'

'Because of the progress in healthcare - ironically largely for conditions other than cancer - in only seven years time nearly half the population will get cancer in their lifetime. This poses a herculean challenge for the NHS and for society.

'The NHS will not be able to cope with the huge increase in demand for cancer services without a fundamental shift towards proper after-care, without more care delivered in the community, and without engaging cancer patients in their own health. Until then, the help and support that organisations like Macmillan provide will become even more urgent and important to ensure no one faces cancer alone.'

For detail of the analysis and methods supporting these new figures please see here: