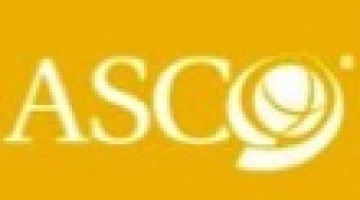 If approved by the FDA, sorafenib would become the first new active drug for this form of thyroid cancer in 40 years.

The only approved treatment for those patients, doxorubicin, is rarely used due to its low efficacy and high toxicity.

This is the first time a kinase inhibitor has been assessed for this indication in a large clinical trial.

“After having no effective drugs for these patients for so many years, it is very exciting to find an oral drug that stops growth of the cancer for several months,” said lead study author Marcia Brose, MD, PhD, an assistant professor of otolaryngology and head and neck surgery in the Abramson Cancer Center and the Perelman School of Medicine at the University of Pennsylvania in Philadelphia, Pa.

“For these patients, a longer progression-free survival means more months without hospitalization and invasive procedures to control pain and other symptoms. This is the first time we have had a systemic treatment that can help.”

“Few good options exist for patients with these more aggressive thyroid cancers, so these findings offer renewed hope and momentum for patients and researchers alike. Sorafenib provides meaningful activity for these patients, nearly doubling progression-free survival. Future studies will help identify which patients can benefit most from this therapy, and how other targeted therapies may further improve the outcome for these patients,” said Gregory Masters, MD, ASCO spokesperson and head and neck cancers expert.

Further analysis of data from this clinical trial is planned to find markers that would help identify patients that respond well to sorafenib and those that may need additional therapy. Unfortunately, the disease will eventually progress after sorafenib treatment in most patients. Additional treatment options still need to be developed for use as second-line agents and beyond.

Sorafenib is a multi-targeted drug that blocks two distinct proteins – Raf kinase and VEGF receptor kinase –which control tumour cell division and growth of tumour blood vessels, respectively. The drug is already approved by the FDA for the treatment of advanced kidney cancer and inoperable liver cancer.
This research was supported in part by Bayer HealthCare Pharmaceuticals and Onyx Pharmaceuticals.