ASCO 2013: New MEK inhibitor selumetinib is the first effective drug for advanced melanoma of the eye 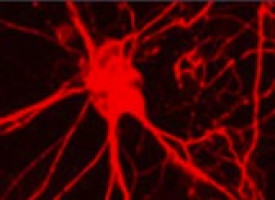 Final analysis of data from a phase II cross-over study in patients with metastatic melanoma of the eye finds that selumetinib resulted in tumour shrinkage in half of all patients treated and a duration of disease control more than twice that achieved with temozolomide.

While temozolomide is a long-time standard therapy for skin melanoma, it has little effect in most patients with skin or eye melanoma, and alternate treatment options are urgently needed.

There is no known effective systemic therapy for metastatic melanoma of the eye.

Indeed, of the 157 patients treated on eight different clinical trials testing potential new therapies for this cancer, including chemotherapy, targeted therapy and immunotherapy, over the past decade, only two patients experienced major tumor shrinkage.

This clinical trial is the first to ever identify a drug that improves clinical outcome in patients with advanced melanoma of the eye.

“Ours is the largest randomized study of patients with melanoma of the eye. It proves that inhibiting the MAPK pathway in this unique molecular subset of melanoma, which is commonly characterized by mutations in Gnaq and Gna11, is effective, more than doubling progression-free survival,” said lead author Richard D. Carvajal, MD, a medical oncologist at Memorial Sloan- Kettering Cancer Center in New York, NY. “While we are hopeful an agent like selumetinib will be commercially available in the near future, in the meantime we must continue to steer patients towards clinical trials.”

Melanoma of the eye (uveal melanoma) is a rare cancer, with only 2,000 new cases diagnosed in the United States every year. While most patients are diagnosed with early-stage disease, about half eventually develop metastatic disease, with survival ranging from nine to 12 months. Gnaq and Gna11 alterations activate the MAPK pathway, which fuels cancer cell growth. These alterations occur in greater than 85 percent of patients with this disease. Selumetinib blocks the MEK protein, a key component of the MAPK pathway. The drug is being investigated for the treatment of various cancers, including cancers of the thyroid and lung.

The median time to disease worsening (progression-free survival) was 15.9 weeks in the selumetinib arm vs. seven weeks in the temozolomide arm.

“Melanoma of the eye, or uveal melanoma, is one the most difficult cancers to treat. Uveal melanoma patients are now also benefiting from the targeted therapy revolution. This new pill focuses on the genes broken in uveal melanoma. This represents the first real advance for these patients,” said Lynn Schuchter, MD, ASCO spokesperson and melanoma expert.

This study was supported in part by a Conquer Cancer Foundation of ASCO Career Development Award, the National Institutes of Health, Cycle for Survival, and the Fund for Ophthalmic Knowledge.