EMCTO 2013: Initial results from the largest prospective study of pulmonary metastasectomy in patients with colorectal cancer 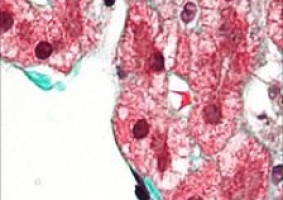 The largest-to-date and only prospective Spanish series of 549 patients who underwent surgical resection of lung metastases from colorectal carcinoma demonstrated a good postoperative recovery from the procedure.

A further analysis on morbidity, the correlation between imaging studies and pathological findings and survival after three years is underway.

The initial findings from this study have been presented by Dr Laureano Molins of the Department of Thoracic Surgery, Sagrat Cor University Hospital and Hospital Clinic, Barcelona, Spain at the European Multidisciplinary Conference in Thoracic Oncology (EMCTO).

Pulmonary metastasectomy is commonly performed surgical treatment in patients with lung metastases from colorectal cancer despite the lack of evidence from any controlled study of survival benefit. Claims for a survival benefit derive from upon case series.

Dr Molins headed a team of investigators at cancer centres throughout Spain in conducting a prospective cohort study using data from the Registry of the Spanish Group for Surgery of Lung Metastases from Colorectal Carcinoma (GECMP-CCR-SEPAR).

The study objective was to analyse the main clinical factors involved in the prognosis of patients undergoing surgery for lung metastases from colorectal carcinoma.

From March 2008 to March 2010 a total of 549 patients underwent at least one episode of radical lung metastasectomy and were enrolled in this study. The mean number of nodules detected by computed tomography (CT) was 1.88 (range 1-12); 314 (59%) patients presented with a single node, 96 (18%) with multiple unilateral nodules and 120 (23%) patients had multiple bilateral nodules in lung. Synchronous lung metastases and colorectal carcinoma was detected in 78 (15%) patients. Patients with metachronous lesions showed a mean disease free interval of 24 months.

Thoracotomy and wedge resection were the most frequently performed surgical techniques in this setting. The authors commented that the imaging tests used, CT and PET or PET-CT, had clear limitations in preoperative evaluation of patients as candidates for lung metastasectomy.

They pointed out that it is the only prospective data collection regarding pulmonary metastasectomy in their country with a largest data base than previously seen in the literature. Resection of lung metastases from colorectal carcinoma is a procedure with low morbidity and mortality. Their analyses are ongoing and three year follow-up data on morbidity, the correlation between imaging studies and pathological findings, and survival will be reported as data becomes mature.

The study discussant, Dr Paul Van Schil, said that 30% of all cancer patients will develop lung metastases. Five-year survival rates in untreated patients is about 5-10% and 30-50% in resected patients. There is a lack of prospective randomised studies in this field and he discussed the results of PulMiCC trial: multi-centre, randomised trial evaluating pulmonary metastasectomy in colorectal cancer (published by Hornbech et al. in the European Journal of Cardiothoracic Surgery in 2011) and long term results of lung metastasectomy: prognostic analysis based on 5206 cases published by Pastorino et al. in the Journal of Thoracic Cardiovascular Surgery in 1997.

Furthermore, he discussed how to improve local control and specifically chemo-embolization (embolic trapping), pulmonary artery infusion, isolated lung perfusion, as well as non-resectional therapies, such as radiofrequency ablation (RFA) and stereotactic radiotherapy (SRT). He continued with the role of VATS in surgery for lung metastases, and referred to a previously published treatment algorithm for lung metastases (Zheng Y. Surg Clin Norh Am 2010; 90: 1041-51). In case of low operative risk and 1-2 peripheral metastases, the algorithm suggests considering VATS, in case of more than 2 metastases an open intervention; in case of increased operative risk it suggests RFA/SRT; and in case of recurrent lung metastases after prior resection to consider RFA/SRT or to repeat resection.