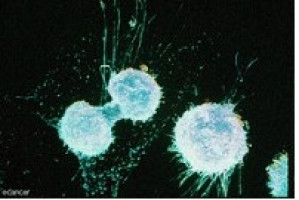 A study led by Dr Josep Tabernero, the Director of Clinical Research at the Vall d’Hebron Institute of Oncology (VHIO) and Head of the Medical Oncology Department at the Vall d’Hebron University Hospital, shows for the first time that ribonucleic acid interference (RNAi) is effective in the treatment of cancer patients.

Harnessing these molecules to silence genes involved in the development and growth of cancer cells is an important step forward in developing a new and more targeted type of cancer therapy.

Dr Josep Tabernero, lead author of this study, said: “This is the first evidence to show that RNAi can be administered to cancer patients effectively, leading to significant tumour response.”

RNAi is a gene-silencing mechanism that uses a subtype of RNA molecules to interfere with and silence genes. RNAi plays a vital role in normal cell development and differentiation, in cancer and viral defence, as it is powerful mechanism in the regulation of gene expression.

Besides being a key natural cellular phenomenon, gene silencing shows great potential as a therapeutic device to shut down genes that have become hyperactive through cancer.

However, researchers have encountered difficulties in administering RNAi, as the molecules must penetrate cells in therapeutically effective concentrations, which in turn requires structural modifications.

In the new study, led by the Vall d’Hebron Institute of Oncology (VHIO), along with several other cancer research centres and the U.S. biotech company Alnylam, scientists have developed a lipid nanoparticle approach that can deliver two of these molecules targeted against the genes encoding two key proteins involved in the development of cancer cells (VEGF and KSP).

This system takes the form of a novel drug (ALN-VSP) made up of RNAi molecules and lipid nanoparticles (LNPs). The new paper, published in the journal Cancer Discovery, presents the results of a Phase I clinical trial, involving 41 patients with advanced cancer that had metastasised to the liver.

These patients were treated with the new drug twice a week with intravenous doses of between 0.01-1.5 mg/kg.

The trial found that not only was the drug safely administered, but also presented good evidence for clinical utility. In 11 of the 37 patients, the disease either did not progress or stabilized after six months of treatment. In some cases of patients with metastasis to the liver or abdominal lymph glands, there was a complete regression of metastasis. (It should be noted that the liver typically responds better to treatment due to its excellent capacity to absorb these molecules.)

The research team performed a pharmacodynamics analysis to determine the impact of the drug on the tumours by taking biopsy samples from the patients before and after the drug was administered. This revealed the presence of the RNAi constructs in the samples, thus showing that the structurally modified molecules reached the tumour and were effective.

Having previously tested the drug on animals, this first-in-man clinical test has demonstrated that an efficient formula has been developed to transport and deliver RNAi with clinically promising results. The results will have to be confirmed and extended in additional clinical studies.