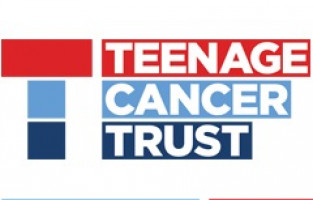 Two thirds (61%) of young people with cancer visited GPs with at least one of the most common cancer symptoms, yet for a third (28%) GP’s took no action.

A quarter (26%) visited GPs four times or more before their symptoms were taken seriously and they were referred to a specialist.

The research, conducted at Teenage Cancer Trust’s 2012 conference for 300 young cancer patients, looked at the experiences of young people aged 13 to 24 when they first experienced symptoms of cancer.

The research highlights the serious issue of delayed diagnosis in 13 to 24 year olds.

Misdiagnoses and feedback from GPs included:

• “Come back in six months”

• Three patients were told specifically “you don’t have cancer.”

• Other misdiagnoses include indigestion, vertigo and swine flu.

The findings come as Teenage Cancer Trust, the only UK charity dedicated to improving the quality of life and chances of survival for young people with cancer, launches the first Teenage Cancer Awareness Week.

Running from 30 April to 4 May, the week will educate young people, parents, teachers and health professionals about the signs and symptoms of cancer in 13 to 24 year olds.

The charity has also produced a schools pack to help teachers talk about cancer in the classroom.

Over a third (34%) of young cancer patients believe learning about cancer at school would have helped them identify their symptoms sooner.

The majority (59%) also want to see the signs and symptoms of cancer included in the National Curriculum.

Whilst cancer in young people is rare, Teenage Cancer Trust believes its vital young people, their parents and health professionals know the warning signs so it can be spotted early if it does occur.

Five of the most common symptoms in young people are unexplained and persistent:

• A lump, bump or swelling

• Changes in a mole

Simon Davies, chief executive of Teenage Cancer Trust said, “We have been urging for cancer to be on the National Curriculum for many years. We’re still waiting. That’s why we’ve developed our own education team to help teachers tackle this difficult topic and created Teenage Cancer awareness week to help raise awareness of the five most common signs of cancer.

“Young people need GPs to take a ‘three strikes’ approach. If a young person presents with the same symptoms three times, GPs should automatically refer them for further investigation. The two week referral for suspected cancer is a major breakthrough but young people won’t benefit until GPs think cancer quicker.”

Professor Sir Mike Richards CBE, National Clinical Director for Cancer, said, “Early diagnosis is best achieved through the education of young people to increase their confidence in talking to doctor and helping everyone recognise the signs and symptoms of cancer in this age group. This is a major programme of work, and something which we are working closely with Teenage Cancer Trust to achieve.”

Teenage Cancer Trust’s Professor of Teenage and Young Adult Cancer Medicine John Radford said, “I’m confident that increasing awareness of the signs of cancer in young people will reduce delays in diagnosis and improve outcomes. Cancer is not common in young people but it’s vital that when it does strike, the diagnosis is made quickly, so specialised treatment and care can start without delay.”

Sam Smith, Head of Nursing at Teenage Cancer Trust says, “Young people can ignore symptoms or be too scared to speak to doctors and we see delays in cancer diagnosis again and again in this age group. Teenage Cancer Awareness Week is not about frightening young people. It’s about empowering them to be the experts in their own bodies, to learn the signs and symptoms of cancer and be persistent in seeking medical advice.”

The Awareness Week teaching pack has been sent to every secondary school in the UK, and is available to download from www.teenagecancertrust.org/awarenessweek You will also find leaflets and posters to download as well as lots of information about the types of cancers young people get and their signs and symptoms.