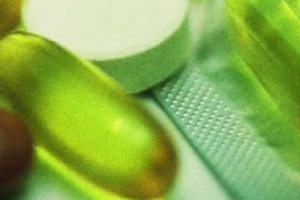 Researchers from The Netherlands have found that the menopausal symptoms caused by giving chemotherapy or hormonal therapy to younger women with breast cancer can be ameliorated considerably through the use of cognitive behavioural therapy (CBT) and physical exercise (PE).

These interventions can be effective in dealing with such distressing symptoms as hot flushes, night sweats, vaginal dryness, weight gain, urinary incontinence and sexual problems, a researcher will tell the 8th European Breast Cancer Conference (EBCC-8).

The researchers studied 422 breast cancer patients with an average age of 48 years recruited from 14 hospitals from the Amsterdam and Rotterdam regions of the Netherlands.

They were randomly assigned to four groups – CBT alone, PE alone, CBT and PE combined – and a control group.

Compared with the control group, all those patients who received one or both interventions showed an overall decrease in the levels of menopausal symptoms, in addition to reporting an increase in sexuality and an improvement in physical functioning. These positive effects were still apparent after six months.

“To our knowledge, this is the first study to investigate the efficacy of these two interventions specifically in women who have experienced acute, treatment-induced menopause,” Dr. Marc van Beurden from The Netherlands Cancer Institute, Amsterdam, The Netherlands, will say.

“This is a very important issue for the quality of life of younger breast cancer patients. Unlike healthy women starting the menopause, they are unable to take hormone replacement therapy to alleviate their symptoms. There are other drugs available, but they are only moderately effective and have troublesome side-effects.”

The CBT programme consisted of six weekly group sessions of 90 minutes each, including relaxation exercises. The primary focus of the CBT was on hot flushes and night sweats, but other symptoms were also addressed. The PE programme was a 12-week, individually tailored, home-based and self-directed exercise programme of two and a half to three hours per week. Initial training and follow-up was provided by physiotherapists. The goal was to exercise at an intensity level that achieved a target heart rate.

The researchers believe that the CBT reduces stress levels and helps women cope effectively with the symptoms they are experiencing. Physical exercise is intended to reduce hot flushes through an effect on the thermoregulatory system. “There was already evidence that both interventions were effective in women undergoing the natural menopause,” says Dr. van Beurden’s colleague, Dr. Hester van Oldenburg.

“We are pleased to have established that they also work in women with induced menopause, which is significantly more difficult for patients to deal with both because it is caused by cancer treatment, which is distressing in itself, and because the symptoms often come on so quickly that there is little or no time to get used to them.”

Patients said that participation in the CBT programme made them more aware of their symptoms and how to deal with them. “Before, I more or less accepted them unconsciously. Now I’m more alert about my symptoms, their effect, and possible ways to cope with them. By sharing my experiences with others, I’ve learned to put my symptoms in perspective and to cope with them,” said one participant.

While the evidence that the interventions worked was convincing, compliance with them was poor, the researchers say. In the case of CBT, it was difficult to schedule the group sessions at a time that was convenient for women who often had both work and parenting responsibilities. The frequency and intensity of the PE programme was also a challenge for many women.

“We think that we have made an important step forward in improving the quality of life of these patients,” Dr. van Beurden will say. “Based on input from patients, we are now developing an internet-based version of the CBT programme. We hope that this will further increase the accessibility and convenience of the interventions and lead to more women benefiting from their results.”

Professor David Cameron, from the University of Edinburgh (Edinburgh, UK), and chair of EBCC-8 said: “Menopausal symptoms can often be an added burden of side effects for younger women undergoing treatment for breast cancer. This study is important as it offers evidence that there is a way to intervene to make this less of a problem for women, thus allowing them to get on with their lives after curative therapy for breast cancer.”