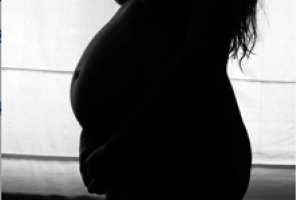 New research has shown for the first time that it is safe for women who have been diagnosed with oestrogen receptor positive breast cancer to become pregnant, despite doctors’ previous fears that pregnancy could boost levels of oestrogen in the body and cause the cancer to return.

In fact, the findings, to be presented today at the eighth European Breast Cancer Conference (EBCC-8) in Vienna, suggest that becoming pregnant at any time following a diagnosis of breast cancer does not increase the risk of recurrence, even if the pregnancy occurs during the first two years after the diagnosis.

Furthermore, patients who become pregnant appear to survive longer than those who do not.

Breast cancer is the most common cancer for women during their childbearing years.

As women delay starting a family until they are older and the survival from breast cancer has improved, increasing numbers of breast cancer survivors want to have babies after their cancer treatment has finished.

In a previous study, Dr Hatem A. Azim, Jr had shown that, despite fears that hormonal changes caused by pregnancy could prompt the cancer to return or become more aggressive, it appeared to be safe for these women to conceive.

However, the study was unable to show whether this was the case for women with oestrogen receptor positive (ER+) disease – potentially the sub-group most likely to be affected by an increase in the hormone caused by pregnancy.

In addition, other questions remained unanswered, including the therapeutic role of inducing abortion in these patients, timing of pregnancy and the safety of breastfeeding.

Therefore, Dr Azim, a medical oncologist at the Jules Bordet Institute (Brussels, Belgium), and colleagues carried out a study in several countries in which they enrolled 333 women who had become pregnant at any time following a breast cancer diagnosis and matched them with 874 similar breast cancer patients who did not become pregnant.

Importantly, the study included only women whose oestrogen receptor status (positive or negative) and disease outcome were known. In addition, women in the control group had not relapsed at the time the matched case became pregnant; this enabled the researchers to adjust as far as possible for the “healthy mother effect” – a phenomenon whereby the results could be influenced by the fact the women who became pregnant might be healthier than breast cancer patients in the control group.

The researchers followed the women up for an average of 4.7 years after pregnancy. During this period, 30% of the total of 1,207 women had a recurrence of their disease.

Dr Azim said: “Out of all the women, 57% had ER+ disease, but the study showed there was no difference in the length of time women with either ER+ or ER negative [ER-] disease survived without their disease recurring compared with those who did not become pregnant.

In addition, we found that patients who became pregnant within two years of breast cancer diagnosis appeared to have a better disease-free survival compared to those who did not become pregnant.

However, a clear trend over time was not demonstrated; hence this finding should be interpreted with caution as it could be confounded by potential selection bias, and hence pregnancy within two years of diagnosis should be regarded as safe, and not as protective.

“A secondary objective in this study was to determine the impact of pregnancy on overall survival. We found that breast cancer patients who became pregnant also had a lower risk of death compared to their matched controls, irrespective of ER status.”

Neither breastfeeding nor abortion (either in the form of a spontaneous miscarriage or an induced abortion) had an effect on the women’s outcome. “Frequently when women with history of breast cancer become pregnant, some physicians advise them to have an abortion for fear that completing the pregnancy could have a detrimental effect on the outcome of their disease.

We found that this was not true and the outcome was similar, irrespective of whether the pregnancy was completed or not. This was also the case both for women with ER+ and ER- disease. Hence, abortion should not be promoted for therapeutic reasons in these patients. The same analysis was done for breastfeeding, although we knew about breast feeding in only 30% of the patients, which hinders providing a firm conclusion in this regard,” said Dr Azim.

He concluded: “This is the first study to investigate the safety of pregnancy in breast cancer patients with ER+ disease, and which also adjusted for the ‘healthy mother effect’. It shows convincingly that pregnancy any time following breast cancer diagnosis is safe, irrespective of ER status. This study provides strong evidence to help proper counselling of women seeking to become pregnant following completion of breast cancer therapy. However, this study does not address the optimal duration of adjuvant hormonal therapy in these women.”

The study included any woman diagnosed with breast cancer before 2007 who matched the criteria for inclusion in the study. The patients had an average age of 34, ranging between 21-48 years old, with an equal proportion of patients receiving post-operative chemotherapy and hormonal therapy in both groups.

Patients who did not become pregnant had to be free of cancer for an interval that was as long as the time that elapsed between a breast cancer diagnosis and the date of conception in the women who did become pregnant. The pregnant women were all in remission before conceiving.

Professor David Cameron, from the University of Edinburgh (Edinburgh, UK), and chair of EBCC-8 said: “This is an important study, as it can give women much more confidence that a wanted pregnancy after treatment for breast cancer does not necessarily mean a poorer chance of being able to live to bring up children.

However, it is important to acknowledge that there are limitations in this kind of case control study, and so whilst an important piece of research, it cannot yet be taken as definitive proof that there is no adverse effect of a subsequent pregnancy. What it does suggest is that at worst any negative impact is small, and that it is likely that there is no detrimental effect of a subsequent pregnancy.”