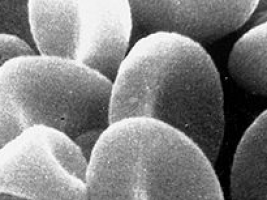 A combination of two next-generation immunotherapy drugs has shown promising clinical activity in treating patients with refractory metastatic colorectal cancer, a disease which has not previously responded well to immunotherapies, according to a Dana-Farber Cancer Institute researcher.

The results of an expanded phase 1 trial of the two drugs, botensilimab and balstilimab, are to be presented at the ASCO Gastrointestinal Cancers Symposium Jan. 19-21 in San Francisco.

The study is led by Benjamin L. Schlechter, MD, a senior physician in the Gastrointestinal Cancer Treatment Center at Dana-Farber.

The trial included 70 patients with metastatic colorectal cancer who had been previously treated with several lines of drugs, including immunotherapies.

These patients all had tumours termed microsatellite stable, or MSS, meaning that their genes for repairing certain types of DNA damage were intact.

MSS colorectal tumours account for the vast majority of colorectal cancers, and the first generation of immunotherapy drugs have had little effect on them.

The two-drug combination being tested in the expanded phase 1a/1b trial of patients with metastatic MSS colorectal cancers were novel, next-generation antibodies.

Botensilimab is an antibody directed against the T-cell receptor cytotoxic T-lymphocyte-associated antigen 4, or CTLA-4, which is an immune checkpoint that regulates T-cell activation.

Balstilimab is a novel monoclonal antibody designed to block PD-1 – another immune checkpoint protein – from interacting with PD-L1 and PD-L2.

By inhibiting this interaction, balstilimab is aimed at freeing the immune system to attack cancers.

The patients in the trial were followed for a median of 7 months after receiving the drug combination.

During that period, 23% of the patients had a reduction in the size of their tumours, and the median duration of response was not reached.

The disease control rate – the percentage of patients with metastatic cancer who had a complete or partial response and stable disease – was 76%.

The main population of patients who benefited from the combination were those who did not have active metastatic cancer in their liver.

Treatment-related adverse events occurred in 91% of patients, including grade 3 in 40% and grade 4 in 3%.

Twelve percent of patients discontinued both drugs because of adverse events.

The researchers concluded that “in patients with heavily pretreated metastatic MSS colorectal cancer, botensilimab plus balstilimab continues to demonstrate the promising clinical activity with the durable response, and was well tolerated, with no new immune-mediated safety signals.”

“These data are a meaningful and important advance in the care of this very sick population.”

Based on these findings, a randomised phase 2 trial in patients with MSS colorectal cancer is currently enrolled.