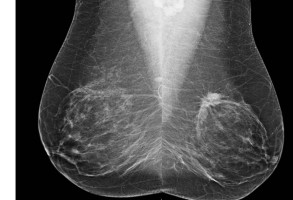 Patients with localized, hormone receptor-positive, HER2-low breast cancer treated with trastuzumab deruxtecan (T-DXd, Enhertu) in the neoadjuvant setting had an overall response rate of 75 percent in the absence of anastrozole and 63 percent in combination with anastrozole, according to results from the phase II TRIO-US B-12 TALENT trial presented at the San Antonio Breast Cancer Symposium, held December 6-10, 2022.

“This is the first report of neoadjuvant T-DXd for patients with hormone receptor-positive, HER2-low, localized breast cancer,” said Aditya Bardia, MD, MPH, an attending physician at Mass General Cancer Center and director of breast cancer research and an associate professor at Harvard Medical School. “It could provide the groundwork for future studies with antibody-drug conjugates, including T-DXd, for patients with early-stage breast cancer.”

Patients with localized, high-risk breast cancer are often given chemotherapy before undergoing surgery. However, when such tumours express the oestrogen receptor and/or the progesterone receptor, the pathological complete response rate to neoadjuvant chemotherapy is less than 5 percent, necessitating new treatment options, Bardia said.

T-DXd is an antibody-drug conjugate that is internalized into cancer cells upon binding to HER2. Once inside, it releases a cytotoxic payload that causes DNA damage and kills the cancer cell. It is currently approved by the U.S. Food and Drug Administration (FDA) to treat several types of tumours that
overexpress HER2, and it was recently approved to treat metastatic breast cancer with low HER2 expression.

“While T-DXd demonstrated impressive efficacy in metastatic HER2-low breast cancer, to date, no trial has evaluated T-DXd in localized, early-stage, potentially curable HER2-low breast cancer, which led us to design this neoadjuvant clinical trial,” said Sara Hurvitz, MD, medical director of the Clinical Research Unit at Jonsson Comprehensive Cancer Center, a professor of medicine in the Division of Hematology/Oncology at the University of California, Los Angeles, and co-author of the study.

Bardia, Hurvitz, and colleagues conducted the phase II TRIO-US B-12 TALENT clinical trial to assess the safety and efficacy of T-DXd when used as a neoadjuvant treatment, either alone or in combination with the aromatase inhibitor anastrozole. At the time of first data cutoff (10/05/2022), 17 patients had completed the planned eight cycles of T-DXd, and 16 patients had completed the planned six cycles of T-DXd plus anastrozole. According to Bardia, the primary endpoint for the study was a 5 percent pathologic complete response (pCR) rate, defined as complete tumour regression and no lymph node involvement at the time of surgery.

The most common treatment-related adverse events of grade 3 or higher were hypokalemia, diarrhoea, neutropenia, fatigue, headache, vomiting, dehydration, and nausea, each of which occurred in fewer than 6 percent of patients. One patient developed grade 2 interstitial lung disease, which resolved after treatment discontinuation.

Total patient numbers and efficacy data are immature and will be updated at the time of the meeting. Hurvitz stressed that the clinical outcome results, including pCR and overall response rate, are not mature, as not all patients had scans or underwent surgery by the time of data cutoff. Overall, the
tolerability and overall response data were encouraging and may warrant future studies on T-DXd in this patient population, Hurvitz said.

“The study demonstrated that T-DXd was relatively safe in HER2-low, hormone receptor-positive, localized breast cancer. It provides a translational framework for future studies, including combination regimens in the neoadjuvant setting to further improve clinical outcomes,” Bardia said. Bardia, Hurvitz and colleagues aim to follow up on this work by analyzing potential biomarkers from tumour tissue and blood samples taken before, during, and after treatment.

Bardia hopes these biomarkers will help researchers more accurately assess HER2 status, predict which tumours will have the best responses
to T-DXd treatment, and illuminate potential mechanisms of T-DXd resistance. Limitations of this study include a small sample size characteristic of phase II studies, which did not allow for a formal comparison of the two treatment arms. Additionally, the primary and secondary endpoints of this study assessed response but did not evaluate long-term survival.