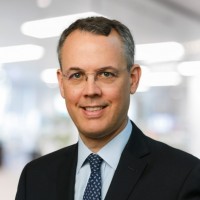 Professor Arkenau is Global Head of Drug Development and Chief Medical Officer at Ellipses Pharma. He is formerly the Executive Medical Director of Sarah Cannon Research Institute UK, and was previously a senior clinical fellow at the Royal Marsden hospital, and team leader for early drug development at the Prince of Wales Clinical School at the University of New South Wales, Australia. He currently holds positions as Honorary Professor at University College London, Cancer Institute and Consultant Oncologist at University College London Hospital. Here he gives his thoughts on how the development of drugs for certain types of breast cancer can be speeded up through advancing the clinical trial design process, thereby presenting more options for patients.

Should anyone wish to take a moment to find out how the battle against breast cancer is going, a brief sojourn online will, at least, show them that monumental efforts continue to be made around the world.

That’s exactly as it should be given breast cancer remains the most prevalent form of the disease, claiming the lives of hundreds of thousands of women and consigning millions of others to years of treatment.

Of course, we take heart from the fact that since the 1980s there have been profound improvements in survival, thanks mainly to early screening and diagnosis coupled with advances in myriad treatments.

Yet, as most of us in the oncology community know only too well, there is so much more to be done. This will be the common cause among the 10,000 or so clinicians and scientists from all over the world who will gather in Texas next week for the annual San Antonio Breast Cancer Symposium (SABCS).  Now in its 45th year, it is the largest and most prestigious scientific gathering on breast cancer research.

For five days, every aspect of research and development of treatments will be explored in forensic detail and every encouraging advance applauded.

There is certainly no effort being spared but, as someone who has spent most of their working life in oncology, I am acutely aware that what is uppermost in patients’ minds once they have been diagnosed with cancer is what are their chances of survival and how quickly can they be treated. Treatment cannot come fast enough.

Advances in surgery, radiotherapy and anti-cancer drugs have all played their part in treating breast cancer and, thankfully, many exciting possibilities lie ahead.

There is a continuing need for more innovative therapies and drugs – developed at speed and scale – as well as faster, smarter clinical trials. The critical path is clear: More trials mean more potential treatments for patients and, ultimately, more lives saved.

One of these new drugs in the development pipeline is EP0062, a selective androgen receptor modulator (SARM) for patients with ER+/AR+/HER2- advanced breast cancer - 40-50% of breast cancer patients. At San Antonio, I will be joining a team of researchers and physicians outlining the Phase 1/2 trial design for EP0062.

Ellipses Pharma’s EP0062 is only the second drug in development for this indication and the plan for this study is to identify the best and safest dose level - which is then further developed in combination with other breast cancer drugs. It is an exciting potential opportunity for patients whose cancer does not respond - or progresses - on standard endocrine and CDK4/6 inhibitor therapies.

Research teams in the USA, Australia and the UK are supporting Ellipses in identifying the most successful way into the clinic and to understand the role of androgen receptor signalling in breast cancer. The trial is starting enrolment next month in four centres in the USA and then the UK and Australia.

Of course, it is early days but the selection of EP0062 exemplifies the ambitious approach being taken by our team at Ellipses Pharma. Rather than pursuing the conventional route of investment in aspiring oncology companies which may have multiple assets in play, we target the most promising individual molecules. They are then scrutinised by our scientific affairs group which comprises more than 170 key opinion leaders worldwide.

By pursuing this course, we strive to reduce the risk of familiar drug development failures and produce drugs at speed and scale. If that is achieved, we can help provide patients with what they want most – more options for fast, effective treatment.