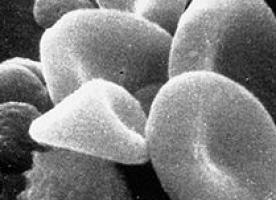 The report, led by the MPE CEE Workgroup on Access, found huge inequalities for patients, confirming reports from MPE CEE members about a lack of clinical trials opening in the region and difficulties in patient participation.

Biba Dodeva, MPE Board Member and Chair of the MPE CEE Workgroup on Access commented:

“This is an important report which for the first time shines a light on the differences in myeloma trial access between countries and explores potential reasons for this. In my country, North Macedonia, we do not have access to many clinical trials, and this is a situation replicated across the Balkans. I very much hope this report and recommendations lead to discussion, best practice sharing and identified action on improving the situation for patients across CEE.”

The MPE report presents clinical trial analytics, looking at the number of clinical trials held in CEE countries between 1 January 2001 and 28 September 2020.

To explore the analytics further, MPE conducted a literature review exploring the barriers and facilitators to clinical trial access in Europe, alongside qualitative interviews with haematologists, researchers and regulators in three selected CEE countries (Poland, Croatia and Macedonia).

The report subsequently makes a series of 27 recommendations for key stakeholders (including researchers, industry, policymakers and advocates) designed to promote discussion on potential solutions for improving clinical trial access across CEE.