ASH 2011: B-cell depletion, remissions of malignancy, and cytokine-associated toxicity in a clinical trial of T-cells genetically-engineered to express an anti-CD19 chimeric antigen receptor 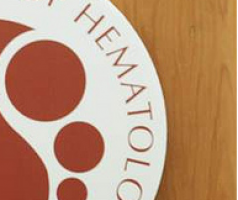 According to new data, researchers have made important progress in the development of a promising new treatment approach for B-cell malignancies using genetically engineered T-cells.

B-cell malignancies, known to be aggressive and frequently resistant to standard therapeutic regimens, remain a challenge for clinicians and patients.

One promising new approach to these cancers is the use of genetically engineered T-cells that express chimeric antigen receptors (CARs), proteins that help T-cells recognize and attack specific tumor-associated targets.

Of particular interest is CD19, a common protein found on the surface of lymphoid cancer cells.

Seeking to determine if genetically engineered T-cells could recognize lymphoma and leukemia cells that express the surface protein CD19, a research team from the National Cancer Institute (NCI) and Sunybrook Odette Cancer Center in Toronto conducted a study using gene therapy methodology to induce patient-derived T-cells to express anti-CD19 CAR-encoding genes so that the T-cells could recognize and destroy the B-cell lymphomas and leukemias that express CD19.

A total of eight patients enrolled in the study were infused with autologous T-cells expressing the CAR, designed to specifically target CD19. Researchers treated four chronic lymphocytic leukemia (CLL) and four B-cell lymphoma patients with chemotherapy and then infused them with the genetically engineered T-cells followed by a high dose of IL-2 (interleukin-2, therapy which stimulates growth of T-cells).

After this infusion, CAR-expressing T-cells were detected in the blood of all patients.

One CLL patient achieved complete remission that remained ongoing at 15 months after treatment; one CLL patient attained stable disease; and another five patientsachieved partial remission. A marked depletion in CD19+ cells, suggesting that the T-cells successfully targeted and reduced the malignant cells, was found in four of the eight patients, an effect that remained at 15 months post treatment.

However, patients experienced significant toxicity during the first 10 days after treatment, the most prominent of which was abnormally low blood pressure.

“While this gene technology is in the early stages of development and we need to improve the toxicity profile, our study validates that it has a potent ability to eliminate the specific cells being targeted, an important basis for future research,” said lead author James N. Kochenderfer, MD, Assistant Clinical Investigator at the Experimental Transplantation and Immunology Branch at NCI in Bethesda, Md. “We believe that with these positive results we can explore a wide range of opportunities and potential applications for future clinical use.”