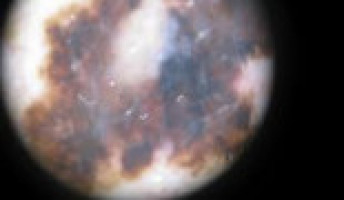 Giving the combination of immune checkpoint inhibitors relatlimab and nivolumab to patients with stage III melanoma before surgery was safe and completely cleared all viable tumour in 57% of patients in a phase II study, researchers from The University of Texas MD Anderson Cancer Centre reported in Nature today.

In addition to meeting the primary endpoint of pathologic complete response (pCR), the overall pathologic response rate (up to 50% of viable tumour left at the time of surgery) was 70%.

No patients had grade 3 or 4 immune-related adverse events (IRAEs) in the neoadjuvant (pre-surgery) setting or confirmed toxicity-related surgical delays.

“With clinical stage III melanoma, the risk that the cancer comes back after surgery can be as high as 50%. One of the goals of neoadjuvant immunotherapy is to reduce the chance of recurrence by evaluating treatments in earlier stage, operable disease that have been successful for stage IV melanoma,” said lead/corresponding author Rodabe Amaria, MD, associate professor of Melanoma Medical Oncology. “Our findings support the combination of relatlimab and nivolumab as a safe and effective treatment option in the neoadjuvant setting for stage III melanoma.”

Relatlimab is a novel immune checkpoint inhibitor that blocks LAG-3, which is found on the surface of T cells and often is upregulated in melanoma.

Nivolumab is a PD-1 inhibitor.

The Food and Drug Administration approved the same combination for stage IV melanoma in March 2022 based on results of the RELATIVITY-047 study, reported by MD Anderson in the New England Journal of Medicine in January 2022.

The study enroled 30 patients at MD Anderson and Memorial Sloan Kettering Cancer Centre to receive two doses of neoadjuvant relatlimab and nivolumab, followed by surgery and 10 doses of the same combination in the adjuvant setting.

One patient developed a brain metastasis during neoadjuvant therapy and did not proceed to surgery.

After a median of 24.4 months follow-up in the 29 patients who underwent surgery, the rate of recurrence-free survival (RFS) was 97% at one year and 82% at two years.

The one- and two-year overall survival rates for all patients were 93% and 88%, respectively.

No grade 3 or 4 IRAEs occurred during the eight weeks of neoadjuvant treatment.

One patient’s surgery was delayed due to asymptomatic myocarditis, which was determined to be unrelated to treatment.

During adjuvant therapy, 26% of patients developed grade 3 or 4 IRAEs, with secondary adrenal insufficiency and elevated liver enzymes being two of the most common side effects.

The results are favourable in relation to two prior study arms, which assessed nivolumab either alone or in combination with the CTLA-4 checkpoint inhibitor ipilimumab.

Those results, reported by Amaria and colleagues in Nature Medicine in 2018, showed a pCR rate of 45%, with 73% of patients experiencing grade 3 side effects in the combination arm.

The nivolumab monotherapy arm achieved a pCR rate of 25%, with 8% of patients experiencing grade 3 side effects.

The high toxicity rate led to early closure of the previous study.

“We’re very pleased to see that the combination of relatlimab and nivolumab balanced safety and efficacy, and it did not result in any delays to surgery,” Amaria said. “We want to provide patients with a treatment option that will help reduce the risk of their cancer returning after surgery. Our data complement the RELATIVITY-047 study results and provide further evidence to support the use of this combination in melanoma.”

Translational studies of blood and tissue samples revealed that a greater presence of immune cells at baseline and decreases in M2 macrophages during treatment were associated with pathological response.

Pathologic response was not correlated with LAG-3 and PD-1 levels in baseline tumour samples.

Further follow-up is needed to determine the impact on overall survival and biomarkers of response.