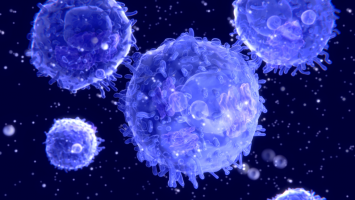 The human immune system has a powerful ability to ward off invaders, from viruses and bacteria to cancer cells.

But it also has a series of checks and balances, molecular brakes to prevent unnecessary immune responses.

In people with cancer, those brakes can keep the immune system from unleashing its full potential against tumour cells.

Now, researchers from the University of Chicago have designed a potential therapeutic that dampens the activity of these brakes—known as regulatory T cells.

The molecule, described online in the journal Proceedings of the National Academy of Sciences, could lead to new immune therapies for cancer.

“We think this molecule has the potential to lift the immunological veil to allow more active immune responses in tumours,” said Associate Professor James LaBelle, a co-senior author of the paper.

“This is a fundamentally new and different way of targeting cancer,” added Matthew Tirrell, dean of the University of Chicago’s Pritzker School of Molecular Engineering (PME) and a co-senior author of the new work. “It also exemplifies the kind of molecular engineering that our researchers here at PME excel in.”

Most immune cells act to trigger or carry out inflammatory responses against pathogens.

Regulatory T cells (Tregs), however, are the peacekeepers of the immune system, responsible for dampening immune responses and preventing chronic inflammation or autoimmune disease.

For decades, scientists have known that higher levels of Tregs in cancer patients are associated with shorter survival times—because the cells prevent other immune responses against tumour cells.

However, blocking these immune brakes is complicated by the fact that nearly all the molecules that jut out of Tregs are the same as those surrounding other types of T cells.

“Unfortunately, regulatory T cells share most of the normal membrane components as other immune cells,” said LaBelle. “So it’s been a real challenge to just get rid of regulatory T cells without blocking all these other much more helpful T cells.”

Since the outside of the Treg cells had few options for drugs to target, LaBelle, Tirrell and their colleagues set their sights inside the cells.

While it is more challenging to develop drugs that infiltrate cells, there are more molecules unique to Tregs when considering their internal machinery.

The researchers focused on FOX3P, a protein that acts as a transcription factor, or a master on-switch, for many Treg genes but isn’t vital for other types of T cells.

Blocking FOX3P, by switching off these Treg genes, prevents Tregs from being able to carry out their normal functions.

The research team knew that molecules of FOX3P must pair up to do their job; two attached copies of FOX3P form the active protein.

To block this interaction (called homodimerization), the researchers designed a drug that mimicked a section of FOX3P, called a hydrocarbon stapled alpha-helical peptide.

They tested dozens of versions of the SAH, finally pinpointing one that successfully disrupted the homodimerization of FOX3P.

In a series of experiments, the group showed that the new SAH could enter T cells and effectively change the expression levels of all the genes known to be regulated by FOX3P.

In turn, these changes turn down the activity of Tregs.

“What we know so far is that if we can get these molecular mimics into regulatory T cells, it seems to suppress their ability to be suppressive—it’s double negatives,” said LaBelle.

LaBelle’s group is continuing collaborations with Tirrell’s lab, which specialises in the development of nanoparticles, including those that can carry drugs like the SAHs.

They plan to carry out additional experiments on the best way to get SAHs into the Tregs surrounding tumours.

Then, they hope to launch tests in animal models of cancer.

Eventually, blocking FOX3P with SAHs may be a useful way to turn down Tregs at the same time a cancer patient is being treated with other immunotherapies that aim to turn up immune responses against tumour cells.

“The next step is actually packaging these so they work better as in vivo drugs,” said LaBelle. “We want to keep developing new iterations of these SAHs, push our understanding of how they are working, and eventually develop a product.”