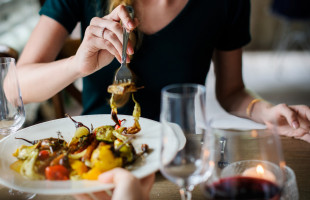 The gut microbiome – the collection of microbes that naturally live inside us – can be disrupted by poor diet, long-term antibiotic use, obesity or other factors.

The finding could help scientists develop ways to keep breast cancer from metastasising (spreading to other parts of the body).

The discovery could also let doctors predict which patients are at greatest risk of cancer recurrence after treatment, the UVA scientists say.

“We show gut commensal dysbiosis, an unhealthy and inflammatory gut microbiome, systemically changes the mammary tissues of mice that do not have cancer. The tissue changes enhance infiltration of mast cells that, in the presence of a tumour, facilitate breast tumour metastasis,” said researcher Melanie R Rutkowski, PhD, of UVA Cancer Center and the University of Virginia School of Medicine. “Mast cells recruited into the tissue environment during dysbiosis restructure the tissue architecture in such a way that tumour cells metastasise to other organs.”

Rutkowski has been a pioneer in unveiling the surprising relationship between gut health and breast cancer.

Her latest work reveals complex interactions between our gut microbes and mast cells in the breast.

Mast cells are blood cells which help regulate the body’s immune response to disease and allergens.

Rutkowski’s new work suggests that the gut microbiome can systemically influence mast cell behaviour and function in the presence of tumours.

Rutkowski and her team found that an unhealthy microbiome caused the mast cells to accumulate in the breast.

These changes continued after tumour formation in a mouse model of hormone receptor-positive breast cancer, making the breast tissue a prime launching ground for the cancer’s incursions into other parts of the body.

Further, the scientists found that the mast cells increased the amount of collagen in the mice’s breast tissue and spurred earlier cancer spread.

Blocking the process that led to mast-cell accumulation prevented both, significantly reducing tumour spread to the lungs.

Based on their lab results, the researchers examined tissue samples taken from human patients with hormone receptor-positive breast cancer.

They found these patients, like the mice, had increased numbers of mast cells and increased deposits of collagen.

The numbers of mast cells correlated with the amount of collagen and, notably, the patients’ risk for a recurrence of breast cancer.

“Mast cells have had a controversial role in breast cancer, with some studies identifying a positive correlation with outcome while others have identified negative associations,” said Rutkowski, of UVA’s Department of Microbiology, Immunology and Cancer Biology. “Our investigation suggests that to better define the relationship between mast cells and risk for breast tumour metastasis, we should consider the mast cell functional attributes, tissue collagen density and mast cell location with respect to the tumour.”

Ultimately, she says, doctors may be able to target the gut-mast cell relationship in patients with breast cancer to help prevent the cancer from recurring and spreading.

They also may be able to use the discovery to identify patients at risk for recurrence, allowing them to tailor the treatment strategy for the prevention of metastatic disease.

“Personalised medicine in oncology is a promising approach to facilitate better outcomes for patients,” said researcher Tzu-Yu Feng, PhD, the first author of a new scientific paper outlining the findings. “Our research on the gut-mast cell axis has identified possible intervention points that could be targeted for a customised approach to therapy. The ultimate goal would be to improve survival for patients diagnosed with breast cancer.”