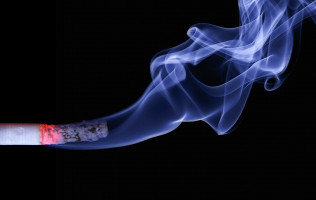 Former smokers who stick to a healthy lifestyle have a lower risk of dying from all causes than those who don’t engage in healthy habits, according to a new study by researchers at the National Cancer Institute (NCI), part of the National Institutes of Health (NIH).

The reduced risk of dying was observed for specific causes, including cancer and heart and lung diseases.

Lifestyle interventions have not been robustly studied in former smokers, and these new findings could have important implications for the 52 million former smokers in the United States.

The findings, which appeared Sept. 22, 2022, in JAMA Network Open, come from an analysis of a large group of former smokers who participated in the NIH-AARP Diet and Health Study.

“I was surprised to see the robust associations [with lifestyle],” said Maki Inoue-Choi, PhD, of the Division of Cancer Epidemiology and Genetics at NCI, lead author of the paper. “Former smokers who adhered to evidence-based recommendations for body weight, diet, physical activity, and alcohol intake had a lower risk of mortality than former smokers who didn't adhere to these recommendations.”

Quitting smoking is well known to have many health benefits, but former smokers still have a higher risk of disease and premature death than people who have never smoked.

Past studies have suggested that people who follow healthy lifestyle recommendations, such as maintaining a healthy body weight, being physically active, eating a healthy diet, and limiting alcohol consumption, may have a lower risk of disease and death.

However, few studies have looked at the benefit of such adherence among former smokers.

The current analysis included 159,937 former smokers who had completed questionnaires asking about lifestyle, demographics, and other health-related information between 1995 and 1996 when they joined the NIH-AARP Diet and Health Study.

The participants, whose average age at study entry was 62.6 years, were followed for approximately 19 years.

During the follow-up period, which extended through 2019, 86,127 participants died.

Death information, including cause of death, came from the National Death Index.

For each participant, the researchers calculated a total adherence score ranging from no adherence to full adherence.

The reductions in risk of death were observed regardless of health status, other health conditions, how many cigarettes participants used to smoke per day, years since they quit, and age they began smoking.

The researchers also evaluated the benefit from adherence for individual lifestyle recommendations. In each case, people with the highest score had a lower risk of death than those with the lowest score: 17% lower for physical activity, 14% lower for body weight, 9% lower for diet quality, and 4% lower for alcohol intake.

The researchers cautioned that studies based on self-reported data can only show associations, not establish cause and effect.

Although the researchers controlled for many factors that could have confounded the associations, they said they cannot rule out the possibility that other factors may have affected the associations they observed.

The researchers also noted that more studies are needed to explore the associations between adhering to lifestyle recommendations and risk of death among former smokers in more diverse populations.

“The NIH-AARP study is a predominantly White population with relatively high socioeconomic status,” Dr Inoue-Choi said. “These research questions need to be extended to other populations.”