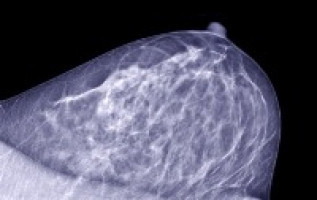 Cancer occurs when cells grow uncontrollably and spread to other organs in the body.

Cancer cells differ from normal cells in many ways.

One characteristic of cancer cells is their high adaptability to different environments in the body and to drug treatments.

In this characteristic, they resemble stem cells or cells in an early stage of maturation.

Researchers at the University of Basel and the University Hospital Basel have tested the possibility of artificially maturing (or more precisely, differentiating) breast cancer cells as an approach to turn them into a more normal type of cell.

Differentiation is a therapeutic strategy that has been successfully implemented in treating blood-borne cancers but not yet in solid tumours.

The researchers were able to use differentiation to treat an especially aggressive type of carcinoma called triple negative breast cancer.

“We show here that we can convert breast cancer cells to less harmful cells that stop growing,” says Bentires-Alj who is a group leader at the Department of Biomedicine.

In the normal breast, cells that express the oestrogen receptor are mature specialised breast cells and do not proliferate.

In contrast, in a fraction of breast cancers cells that express the oestrogen receptor proliferate significantly.

Because they are susceptible to oestrogen, they can be treated with anti-oestrogenic therapies, which are highly effective in patients.

The triple-negative breast cancer subtype however, is not susceptible to oestrogens or anti-oestrogens.

In collaboration with Novartis, the research team tested more than 9500 compounds for their efficacy in reaching this goal.

They found that the compounds showing the most promising results were inhibitors of an essential cell cycle protein called polo-like kinase 1 (PLK1).

Inhibiting this protein resulted in the desired increased expression of the oestrogen receptor.

To the researchers’ surprise, this did not just convert the triple-negative breast cancer cells to a more manageable type of cancer cells.

It converted them to cells that are similar to normal cells.

“Understanding the cellular and molecular mechanisms that define cancer and how these mechanisms differ from normal cells is crucial for developing new innovative therapies,” says Bentires-Alj.

“The compounds used in this study are already in clinical trials to treat other cancer types, including blood-borne, lung, and pancreatic cancer,” the researcher continues.

This underlines the possibility of testing these compounds in clinics and in treating breast cancer.

Especially in the era of immunotherapies, it has been suggested that “normal-like” cells can be cleared by the immune system while “cancerous” cells evade killing by immune cells.

In the future, it remains to be determined if differentiation therapy can be combined with immunotherapies.

“We are pursuing such strategies, and only time and resources are in our way to make further progress,” the researchers conclude.