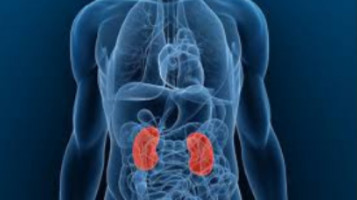 “The study met its primary endpoint, demonstrating a significant progression-free survival benefit in patients receiving the triplet combination. The study will continue to the next analysis of overall survival, as this secondary endpoint was not met at first interim analysis. Overall, adverse events were higher with the triplet combination, but no new safety signals were identified.”

“COSMIC-313 is the first study that reported successful treatment intensification by the use of triplet therapy in mRCC: the study team and participants should be congratulated for study conduct.” said Viktor Grunwald, University Hospital Essen, West-German Cancer Center Essen, Germany, not involved in the study.

“The addition of cabozantinib (CABO) to ipilimumab plus nivolumab (IPI-NIVO) improved the weak spot of the IPI-NIVO doublet, which is early progression. However, treatment intensification is rarely seen without additional risks. Patients experienced the benefit of superior disease control, but also additional toxicities, treatment pauses and discontinuations.”

Looking at the future of this triplet, Grunwald concluded: “Despite in COSMIC-313 the triplet IPI-NIVO-CABO yielded superior progression-free survival when compared to the doublet IPI-NIVO, no overall survival data were reported. The triplet may compete in the clinical landscape with recommended life-prolonging immune doublets but mature overall survival data is needed to become a novel standard of care.”