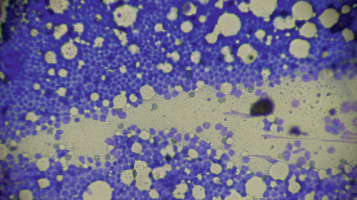 The results were published in Blood Cancer Discovery, a journal of the American Association for Cancer Research.

The senior author was Madhav Dhodapkar, MBBS, a professor at the Emory University School of Medicine and the director of the Center for Cancer Immunology at the Winship Cancer Institute of Emory University.

“Two CAR T-cell therapies targeting the B-cell maturation antigen (BCMA) are now approved for the treatment of myeloma, but the challenge is that many of the responses to this therapy are not durable, and patients remain at risk for recurrence,” said Dhodapkar.

“A key goal in the field is to identify the factors that influence the durability of response so that we can improve treatment accordingly,” he added.

In this study, which was a collaboration between teams at Emory University and the University of Pennsylvania (Penn), Dhodapkar and colleagues, including co-first authors Kavita Dhodapkar, MD, of Emory University and Adam Cohen, MD, of Penn, analysed 28 pre- and post-treatment bone marrow samples from 11 patients who had clinical responses to BCMA-targeted CAR T-cell therapy in a previously reported phase I clinical trial led by Cohen and colleagues.

Changes to the bone marrow microenvironment were compared between patients with short and long PFS (defined as less than six months and greater than six months, respectively).

Dhodapkar and colleagues found that in patients with long PFS, the proportion of T cells in the bone marrow increased after treatment, while myeloid cell proportions decreased.

These changes were not observed among patients with short PFS.

A higher proportion of myeloid cells may have contributed to recurrence in those patients by promoting cancer growth and/or suppressing antitumour immunity, Dhodapkar suggested.

The researchers also found that post-treatment CAR and non-CAR T cells from patients with long PFS had a distinct genomic signature with lower expression of immune checkpoint genes and other genes associated with T-cell exhaustion compared with those from patients with short PFS.

“The major finding of this study is that the durability of response may be dependent on characteristics of non-CAR T cells and other immune cells in the tumour microenvironment,” said Dhodapkar, noting that prior studies on response durability tended to focus on features of the CAR-T cells themselves. “This finding has broad implications for the CAR T-cell therapy field, as it emphasises the importance of the patient’s pre-existing immune microenvironment as a determinant of durable responses.”

Understanding the baseline factors that impact durable responses may allow clinicians to identify the patients who are most likely to benefit from BCMA-targeted CAR T-cell therapy, he explained.

Moreover, the results introduce opportunities to study combination therapies that target some of the markers or cell types associated with relapse.

A commentary simultaneously published in Blood Cancer Discovery noted that “the study by Dhodapkar and colleagues provides the first hints (and data set) that endogenous immunity may play a role in sustaining antitumour responses that are initiated by direct antitumour CAR-T cells.”

In the future, Dhodapkar and colleagues plan to utilise preclinical models to gain mechanistic insight into how the factors they identified affect response durability.

A limitation of the study is its small sample size.

Dhodapkar noted that a larger, independent analysis is needed to confirm the findings, a point echoed by Cohen: “As a field, we need to pursue similar analyses of bone marrow cells from patients receiving commercially available BCMA-targeted CAR T-cell therapies to allow us to home in on those factors that remain most important for determining response durability,” Cohen said.

An additional limitation is that immune cells were extracted from the bone marrow and examined externally, which precluded analysis of the spatial relationships between the cell types within the microenvironment.