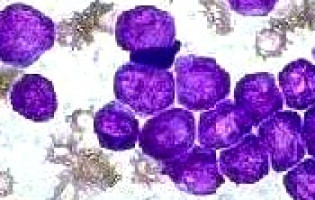 In England, 37 people die each day from bowel cancer, but screening using faecal blood testing followed by a colonoscopy can reduce both the incidence of this cancer and the number of resulting deaths.

The NHS bowel cancer screening programme invites everyone of a certain age to use a home kit that tests the amount of blood in their faeces.

Those who have a faecal blood test result above a defined level are invited for a colonoscopy, but two factors – the COVID-19 pandemic and the introduction of a lower screening invitation age – have led to a higher demand for colonoscopy appointments, creating a backlog of patients.

The research, led by Queen Mary University of London, evaluated the impact of two potential solutions that could help manage the demand for screening: increasing the time span between screening invitations or increasing the blood level at which the faecal test result triggers a colonoscopy invitation.

Results suggest that changing the blood level at which the faecal blood test triggered an invitation to colonoscopy was a more effective tactic than changing the gap between screening invitations.

While both methods could reduce the number of colonoscopies, increasing the faecal blood trigger point would result in fewer lives lost than changing the invitation interval.

“There have been inevitable delays in screens as a result of the pandemic, but the NHS Bowel Cancer Screening Programme is recovering well. There are still pressures due to the age extension. If the programme must be adapted to cope with limited availability of colonoscopy, our results indicate that changing the FIT threshold may be the most useful option.”

“These results are important because they show how to minimise the impact of the disruption to bowel screening caused by the COVID-19 pandemic. But they must not be used as a justification to reduce the accuracy of bowel screening permanently. The threshold of the stool test used for bowel screening in England is already considerably higher than in most other countries. The long-term aim must be to lower the threshold whilst maintaining good screening coverage nationally.”