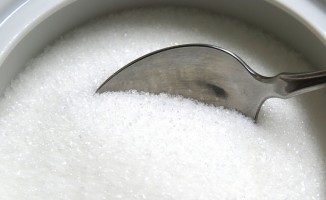 For over a century, cancer cell metabolism has been viewed as something of a paradox.

New work from researchers at Washington University in St. Louis shows that it might not be such an anomaly after all.

The study is published Aug. 15 in Molecular Cell.

Glucose, a common sugar in food, is one of the most important nutrients in the body.

Cancer cells tend to consume it at an astounding pace.

At first glance, that seems to make good sense because cancer cells have a lot of synthesis to do.

After all, as tumours grow rapidly, each cell has to replicate its entire contents.

But here’s the catch.

Instead of sucking all of the energy they can out of glucose, they release most of it as a waste material.

“To extract the maximum amount of energy from glucose, cells must transport its transformation products into mitochondria,” said Gary Patti, the Michael and Tana Powell Professor of Chemistry in Arts & Sciences and of genetics and of medicine at the School of Medicine.

Patti, a member of Siteman Cancer Center at Barnes-Jewish Hospital and the School of Medicine, is senior author of the new study, “There are certain biochemical rules that metabolism is supposed to follow. It’s been interesting to think about why tumours might be allowed to break them,” Patti said.

“However, the findings we report here demonstrate that cancer cells do follow conventional principles.”

Mitochondria are tiny compartments inside cells, often referred to as the cell’s power plants or powerhouses.

What goes in and out of them is tightly controlled.

As a bit of backstory, a famous biochemist named Otto Warburg first discovered the wasteful nature of tumours in the 1920s.

To explain why more energy isn’t harvested from glucose, he postulated that mitochondria are damaged in cancer cells.

“We now know that this is not true. Mitochondria are functional and, in fact, active in most cancers,” Patti said.

But that leaves a persistent and vexing question unanswered: Why do cancer cells metabolize so little of the glucose they consume in mitochondria?

“I think what has been confounding is that there has been this notion that cancer cells prefer not to oxidise glucose in their mitochondria,” Patti said.

“Perhaps as a legacy of Warburg’s original thinking or maybe because it happens so extensively, the assumption has often been that cancer cells want to use glucose wastefully.”

All sorts of explanations have been offered as to why cancer cells might want to be wasteful with their glucose.

However, Patti and his team contend that these rationalizations may be unnecessary. In the end, cancer metabolism may not be as unusual as scientists thought.

Cancer cells really do want to metabolize glucose in their mitochondria, and they do so.

“When we restrict the amount of glucose taken up by cancer cells, almost all of it makes its way into mitochondria,” Patti said.

“But as glucose consumption is increased, the speed of moving glucose-derived molecules into mitochondria can’t keep up.”

In other words, cancer cells only waste glucose away because transport into mitochondria is too slow.

Imagine a bathtub faucet that is spitting out water faster than the drain can remove it.

Eventually, the water overflows onto the floor.

“This is not a radically new metabolic paradigm. Most cells do prefer to oxidise glucose in mitochondria rather than excrete it as waste,” Patti said.

“Our data suggest that cancer cells are not an exception. They appear to follow the same biochemical patterns as other cells.”

The Patti team’s discovery was made possible by a powerful technology called metabolomics.

“During the past decade, advances in the field of metabolomics and mass spectrometry have been extraordinary,” Patti noted.

“We have now reached a point where measuring molecules in single cells is even possible.”

In this study, the researchers combined metabolomics with stable isotope tracers.

This allowed them to tag different parts of glucose so that they could track it inside of cells, watching the speed at which things entered mitochondria or were excreted from cells.

That is how the scientists discovered that the normal pathways for transporting fuel were getting outpaced, or saturated, in cancer cells.

The rate at which tumours consume glucose has been exploited by doctors in the clinic for decades as a way to diagnose cancer and identify its stage.

It also has led some to believe that limiting glucose uptake with drugs or by eating a sugar-free diet might “starve” the cancer cells to death.

This study’s findings raise questions about such a strategy.

“We may need to rethink how best to target glucose metabolism in cancer,” Patti said.

“If cancer cells take up more glucose than they need, and using it wastefully is not a driver of disease, then glucose metabolism may not be as attractive of a therapeutic target as we had hoped.”