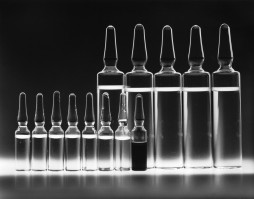 The Institute of Cancer Research, London, strongly welcomes the news that the precision medicine olaparib has been approved in Europe for people with high-risk, early-stage breast cancer who have inherited faults in their BRCA1 or BRCA2 genes.

The drug’s authorisation by the European Medicines Agency follows its approval in March by the US Food and Drug Administration – and brings it a step closer to UK patients.

The next step will be for the MHRA to make a recommendation in the UK, and for NICE to make a decision on whether the treatment will be offered through the NHS.

In March the latest findings from the phase III OlympiA trial showed that adding olaparib to standard treatment for patients with high-risk, early-stage breast cancer and inherited faults in their BRCA genes cut their risk of dying by 32 per cent – resulting in more patients remaining cancer-free and becoming breast cancer survivors.

Professor Andrew Tutt at The Institute of Cancer Research (ICR) and King’s College London is Chair of the Steering Committee for the OlympiA trial, which was coordinated by the Breast International Group (BIG).

Professor Tutt and colleagues at the ICR were also involved in early laboratory research, at the Breast Cancer Now Toby Robins Research Centre within the Division of Breast Cancer Research, on PARP inhibitors such as olaparib, and their subsequent clinical development.

The OlympiA trial was the first to show that olaparib, which exploits a specific weakness in cancers with mutations in their BRCA1 or BRCA2 genes, is beneficial for these women when their cancer is at an early stage.

Around 5 to 10 per cent of breast cancers occur due to inherited mutations in BRCA1 or BRCA2 – genes that are involved in DNA repair.

Scientists from the ICR, funded by Breast Cancer Now and Cancer Research UK, were first to demonstrate that cancer cells with mutations in BRCA1 or BRCA2 were highly susceptible to PARP inhibitors.

Early clinical trials of olaparib, led by researchers from the ICR and The Royal Marsden NHS Foundation Trust, then showed that olaparib was effective for patients with BRCA1 or BRCA2 mutations in their tumours.

“Today’s approval marks a new era of care in Europe for patients with an inherited form of breast cancer. The next step will be for the MHRA to make a recommendation in the UK, followed by a NICE appraisal so that UK patients can access this targeted drug on the NHS.”

“For women with inherited mutations in their BRCA1 or BRCA2 genes and early-stage, high-risk breast cancer, olaparib offers a personalised treatment that exploits the specific biology of their cancer to improve their chances of a cure.”

“It is wonderful news that the EMA has approved olaparib for people with this type of early-stage, inherited breast cancer. Olaparib is a game-changer for these patients – it directly targets a weakness in their cancer and improves their survival.”

“The development of PARP inhibitors like olaparib was underpinned by science carried out at the ICR. It is hugely exciting to see decades of pioneering research – starting with a fundamental discovery about a weakness in cells with mutations to the BRCA genes – lead to an approved treatment for women with early-stage inherited breast cancer.

We hope that the MHRA and NICE will make olaparib available to patients in the UK without delay.”