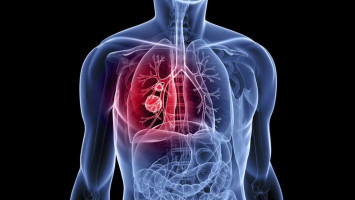 An interim analysis of overall survival data from the IMpower010 trial showed an overall survival trend in favor of atezolizumab in the PD-L1 TC > 1% stage II-IIIA population (OS HR, 0.71 [95% CI: 0.49, 1.03]), but not in the all randomised stage II-IIIA or intent-to-treat population, according to research presented at the IASLC World Conference on Lung Cancer 2022 in Vienna.

Based on these findings, atezolizumab was approved as adjuvant treatment after complete resection and platinum-based chemotherapy in patients with programmed death-ligand 1 (PD-L1) tumor cell (TC) ≥1% stage II-IIIA NSCLC in the United States, China, and other countries; and in PD-L1 TC ≥50% stage II-IIIA NSCLC in the European Union  (excluding EGFR/ALK+) and other countries

The key secondary overall survival endpoint was not mature at the IMpower010 DFS interim analysis.

Today data evaluating overall survival and safety with 13 months of additional follow-up were presented. “With an event to patient ratio of 25% in the ITT population, the OS data are not mature, but are of clinical interest in this curative setting”, said Dr. Enriqueta Felip, Vall d’Hebron University Hospital, Vall d’Hebron Institute of Oncology, Barcelona, Spain.

This analysis constitutes the first pre-specified OS IA; OS in the ITT population will only be formally tested if DFS in that population reaches statistical significance at the final DFS analysis.

At the clinical cutoff date (18 April 2022), median follow-up was 45 months and 25% of patients had died (ITT population; N=1005). An overall survival trend in favor of atezolizumab was observed in the PD-L1 TC ≥1% stage II-IIIA population.

Adverse events of Grade 3-4 occurred in 22% of the atezolizumab arm and 11.5% of the best supportive care arm and led to atezolizumab discontinuation in 18.2% of patients.

Grade 5 treatment-related adverse events occurred in 0.8% of patients who received atezolizumab and 0% in the best supportive care arm.

Adverse events of special interest occurred in 52.1% of atezolizumab-treated patients, 7.9% were Grades 3-4.