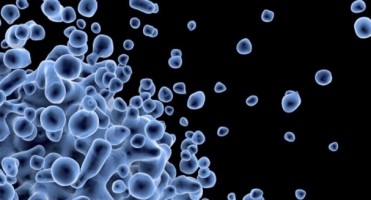 Researchers from Spain have identified an immune expression signature in surgical specimens associated with disease progression for non-complete pathological responders patients treated with neo adjuvant chemo-immunotherapy, which could help the follow-up and therapeutic management of these high-risk patients.

The research was presented today at the IASLC 2022 World Conference on Lung Cancer in Vienna.

Pathological response is postulated as a surrogate for survival in patients treated with neoadjuvant chemo-immunotherapy.

CIBERSORTx was used to estimate the proportions of immune cells subtypes.

Values with the highest likelihood ratio from the ROC curve analysis were used as thresholds to categorise DEGs or immune cell subsets for each patient into high or low groups.

“The upregulated pathways in surgical samples of CPR patients suggests that an effective immune response to PD-1 blockade was done,” said Dr Casarrubios. “Additionally, we have identified an immune expression signature in surgical specimens associated to disease progression for non-CPR patients which could help in the follow-up and therapeutic management of these high-risk patients.”