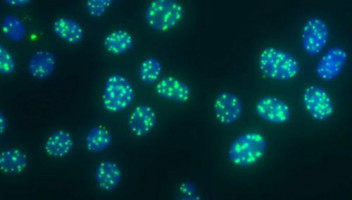 The human monoclonal antibody sugemalimab is a safe and effective consolidation therapy for patients with unresectable stage III non-small cell lung cancer without disease progression after either concurrent chemoradiotherapy (cCRT) or sequential chemoradiotherapy (sCRT), according to findings presented today at the IASLC World Conference on Lung Cancer 2022 in Vienna.

The trial is the first phase 3 study in this setting to include patients who received either concurrent or sequential chemoradiotherapy.

Patients were stratified by ECOG PS (0 vs 1), chemoradiotherapy type (cCRT vs sCRT), and total radiotherapy dose (<60 Gy vs ≥60 Gy).

The median follow-up duration was 27.1 and 23.5 months, respectively.

Grade ≥3 treatment-related adverse events occurred in 11.4% vs 5.6% of patients treated with sugemalimab or placebo, respectively.

“The results provide evidence that sugemalimab is a safe and effective consolidation therapy for patients with unresectable stage III NSCLC without disease progression after either cCRT or sCRT. In June 2022, sugemalimab was approved for this indication in China.”