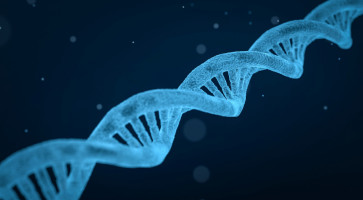 A new class of glioma drugs exploits tumours that lack the DNA repair enzyme MGMT; the drugs lead to the generation of cytotoxic DNA and selectively kill tumour cells without the risk of resistance, researchers report.

the research is published in the journal Science.

The new approach may lead to new glioma treatments and may represent a new paradigm for designing therapeutics that exploit specific DNA repair defects to combat drug-resistant tumours.

Fast-growing and highly aggressive, glioblastoma (GBM) is the most common form of malignant brain tumour.

It is also one of the most lethal cancers, with only 1 in 20 patients surviving for 5 years after diagnosis.

Although this cancer is treated with a combination of radiotherapy and the chemotherapy drug temozolomide (TMZ), drug resistance develops in many patients. As such, there is a dire need for new GBM treatments.

Many GBM and glioma tumours lack the DNA repair protein MGMT – an attribute implicated in their ability to gain drug resistance.

In these cells, the primary lesions slowly evolve, creating more and more toxic secondary DNA lesions that result in the selective killing of MGMT-deficient tumour cells.

The authors found that the drug-induced selective tumour-cell killing had an acceptable toxicity profile in vitro and in vivo using a mouse model of TMZ-resistant human GBM.