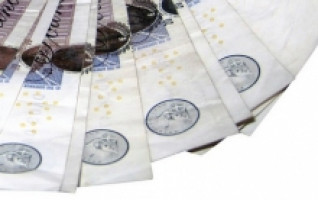 The number of new cancer treatment options has increased tremendously over the past 20 years, resulting in significant improvements in patient outcomes.

Despite these improved therapies, most patients will eventually develop drug resistance and disease recurrence.

Scientists continue to develop new drugs and drug combinations to overcome resistance, but the cycle often continues with patients developing resistance to these therapies, as well.

Researchers in Center of Excellence for Evolutionary Therapy at Moffitt Cancer Center are thinking outside the box and studying an alternative approach called adaptive therapy that is based on evolutionary principles and mathematical modelling.

In a new article in eLife, the researchers report updated results from a pilot clinical trial evaluating an adaptive therapy approach using the drug abiraterone to treat patients with metastatic castrate-resistant prostate cancer.

The Moffitt team developed their clinical trial based on a hypothesis guided by evolutionary principles; while resistance will develop in all tumours, not all resistant cells will have the ability to grow and survive because they need to compete with sensitive cells for limited resources.

Therefore, the researchers’ goal was to maintain a population of drug sensitive tumour cells that could keep resistant cells in check through competition.

“Evolution-based models show current treatment strategies, which apply therapy at maximum tolerated dose until progression, are often not evolutionarily optimal,” said Robert Gatenby, M.D., co-director of the Center of Excellence for Evolutionary Therapy. “While an initial response may be large, therapy fails because it strongly selects for resistance while eradicating all treatment sensitive cells. The resistant cells are now free from competition with sensitive cells, an evolutionary dynamic termed ‘competitive release,’ which allows for rapid proliferation.”

Rather than using a conventional treat until progression approach, Moffitt researchers wanted to investigate the potential benefits of an adaptive therapy approach that bases the dose and timing of a drug on a patient’s response to therapy.

They conducted a pilot clinical trial in 17 patients with metastatic castrate-resistant prostate cancer.

Treatment with abiraterone was discontinued when a patient’s biomarker PSA levels decreased by more than 50% of baseline levels.

When a patient’s PSA levels increased again, abiraterone treatment was reinitiated, and the cycles of biomarker testing and drug withdrawal/retreatment continued.

The feasibility and clinical benefit of the adaptive abiraterone therapy was reported in Nature Communications in 2017.

In this updated analysis with four additional years of follow-up, they found that patients treated with the adaptive therapy approach had a significantly longer median time to development of cancer progression (33.5 months vs. 14.3 months) and a longer overall survival (58.5 months vs. 31.3 months) than patients treated with the standard continuous treatment until progression approach.

All patients treated with the standard approach developed progressive disease and died by the time of the report, but four patients on the adaptive therapy approach still have no evidence of progression and are alive.

Importantly, patients treated with adaptive therapy were off treatment 46% of the time during the trial, which can reduce drug side effects and expenses.

A recent economic analysis of the study found that this could reduce the average expense per patient by $70,000 per year.

The Moffitt team performed a follow-up mathematical analysis of the interactions between resistant and sensitive tumour cells and identified strategies to further improve patient outcomes.

Their analysis revealed that every patient in the control group could have benefited from the adaptive therapy approach.

Furthermore, they discovered that delaying the withdrawal of abiraterone resulted in the death of too many drug sensitive cells, which resulted in higher levels of resistant cells and poorer patient outcomes.

The researchers believe that addressing these trial design issues could lead to even better patient outcomes in future adaptive therapy trials in prostate cancer patients.