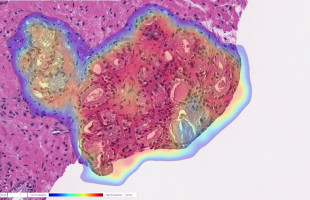 Hormone therapy is successful at keeping metastatic prostate cancer under control, but eventually the tumour cells become resistant to it.

An unexpected potential solution has now emerged in medicines not designed to fight cancer, but to target proteins that regulate a cell’s circadian rhythm.

An international team of researchers led by the Netherlands Cancer Institute will publish this discovery June 27, 2022, in the renowned journal Cancer Discovery, a journal of the American Association for Cancer Research.

Prostate cancer is a tumor type that develops under the influence of hormones, primarily testosterone.

Patients with metastatic prostate cancer often receive treatment with anti-hormonal therapy, which inhibits the signal sent out by testosterone that stimulates tumour growth.

Anti-hormonal therapy can keep prostate cancer under control, but eventually the cancer manages to progress despite ongoing treatment.

The tumour cells have become resistant.

The exact process of how tumor cells become resistant to hormone therapy, however, has been a mystery - until now.

An international research team led by scientists from the Netherlands Cancer Institute and Oncode Institute has made a surprising discovery using tissue from patients with prostate cancer who had been treated with testosterone-inhibiting drugs.

They discovered that an unexpected class of proteins, namely proteins that normally regulate the circadian clock, dampens the effects of the anti-hormonal therapy.

‘Prostate cancer cells no longer have a circadian rhythm,’ says Wilbert Zwart, one of the research leaders. ‘But these 'circadian clock' proteins acquire an entirely new function in the tumour cells upon hormonal therapy: they keep these cancer cells alive, despite treatment. This has never been seen before.’

Now that they have discovered the tumour’s escape route, the researchers will next work together with Oncode towards the development of novel strategies to block this process, and ultimately increase the efficacy of anti-hormonal therapy against prostate cancer even further.

Zwart: ‘Our discovery has shown us that we will need to start thinking outside the box when it comes to new drugs to treat prostate cancer and test medicines that affect the circadian clock proteins in order to increase sensitivity to hormonal therapy in prostate cancer.

Fortunately, there are already several therapies that affect circadian proteins, and those can be combined with anti-hormonal therapies.

This lead, which allows for a form of drug repurposing, could save a decade of research.’

The study was based on tissue from 56 patients with high-risk prostate cancer, who had received three months of anti-hormonal therapy before their surgery.

After those three months, their tissue was examined at the DNA level.

'We noticed that the genes keeping the tumour cells alive despite the treatment, were suddenly controlled by a protein that normally regulates the circadian clock,' says researcher Simon Linder, who will receive his PhD for his research in this study.

This surprising discovery also creates new opportunities, because inhibition of this circadian protein was found to further increase sensitivity to anti-hormonal therapy in prostate tumour cells in the lab as well as in mice.

The results of this study may lead to questions about whether disturbances to the body’s circadian clock, due to shift work for example, could increase the risk of therapy insensitivity in prostate cancer.

‘There is no evidence to support this’, medical oncologist André Bergman says. ‘The circadian rhythm in prostate tumour cells is no longer functional, and the proteins have taken on an entirely new role. This new escape route of the tumour cell has our full attention now, and follow-up research will show whether inhibition of this process can improve prostate cancer treatment.’