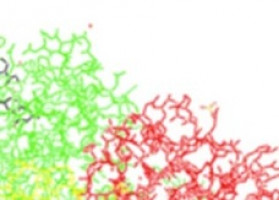 University of Arizona Cancer Center researchers uncovered a potential epigenetic basis for the genomic instability that is a hallmark of many types of cancer. The finding, published in the journal Proceedings of the National Academy of Sciences, paves the way for researchers to explore new ways to treat or prevent cancer.

The study found that levels of heterochromatin, a form of DNA that plays a vital role in maintaining the stability of chromosomes by stopping mutations, are dynamic and not stable, as previously thought.

“Every time there's a mutation, you have a greater chance of developing cancer,” said Keith Maggert, PhD, associate professor of cellular and molecular medicine in the UArizona College of Medicine – Tucson.

“If one of those mutations happens in a gene whose job it is to safeguard the genome, then the ball starts rolling faster and faster. The rate of mutation increases in all cancers, and one of the forms of mutation is transposable element mobilisation.”

Transposable elements, or jumping genes, are sequences of DNA that can move from one location on the genome to another. They cause mutations by turning genes on or off, depending on where they land. Heterochromatin’s main function is to protect the genome by silencing transposable elements and preventing the instability of repeated sequences of DNA.

“Some of the defects we see early in cancer development are actually caused by these transposable elements moving around,” said Dr. Maggert, who conducted the research with graduate student Farah Bughio. “Up until now, heterochromatin was perceived as being stable and pretty good at its job – it would shut off the transposable elements and they would stay off. But we showed that heterochromatin is dynamic, cycling on and off through life.”

Building on prior research, Dr Maggert and Bughio used a switch monitoring system they developed to monitor mutations during position-effect variegation, a rearrangement of genes that results in random and compelling patterns of eye colour in Drosophila.

“Our study proved that heterochromatin is very dynamic and that transposable elements are dangerous throughout our lives,” Dr Maggert said. “We have to be very cognizant of what we do to our cells in order to keep heterochromatin safe. Unfortunately, a lot of the chemotherapeutics that are directed at gene expression have a consequence: they weaken heterochromatin.

If heterochromatin is already struggling to do its job, then taking some chemotherapeutics may allow these transposable elements to move more frequently. That contributes to the problem rather than solving it.”

In a complementary line of research, Dr Maggert is working on determining the environmental conditions that cause heterochromatin to weaken. He has published results showing that heterochromatin weakens as people get older and when they eat too much.