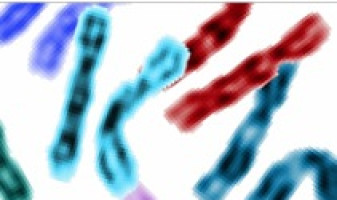 Scientists have found a way to identify and interpret ‘signatures’ that reveal the complex genetic causes of some of the deadliest cancers – which often have a survival rate of less than 10%.

The results, published today in Nature, could allow them to develop more accurate treatments and significantly improve survival rates.

Currently, scientists use individual genetic changes to develop mutational signatures, which can be used to understand the origin of a cancer, and to predict how a cancer progresses.

However, so far, there has not been a framework to interpret the larger, more complex patterns of genetic changes seen in chromosome instability in the same way.

Our genetic code is stored on 23 pairs of chromosomes, the ‘chapters’ that make up to the genome.

But when our genome gets copied, these chromosomes can become unstable and segments of DNA can get duplicated, deleted or re-arranged.

Chromosomal instability is a common feature of cancer, occurring in around 80% of tumours, but this jumble of fragments can be difficult to read, making it hard to understand exactly what types or 'patterns' of instability are present in any given tumour.

Instead, tumours are divided into broad categories of having either high or low amounts of chromosomal instability.

Cancers with high levels of chromosomal instability are extremely deadly, often having survival rates of less than 10%.

As such, understanding and treating chromosomal instability is central to improving the outcomes for millions of cancer patients worldwide.

Now, for the first time, scientists at the University of Cambridge and the National Cancer Research Center, Madrid, have published a robust framework to allow them to analyse chromosomal instability in human cancers.

Dr Florian Markowetz and colleagues investigated patterns of chromosomal instability across 7,880 tumours, representing 33 types of cancer, such as liver and lung cancer, from The Cancer Genome Atlas.

By analysing the differences in the number of repetitions of sequences of DNA within the tumours, they were able to characterise 17 different types of chromosomal instability.

These chromosomal instability signatures were able to predict how tumours might respond to drugs, as well as helping in the identification of future drug targets.

This research has led to the formation of Tailor Bio, a spin-out company from the Cancer Research UK Cambridge Institute, which aims to build a new pan-cancer precision medicine platform.

This platform will allow the team to develop better drugs for a wide range of cancers and to group patients according to their cancer type more accurately, ensuring they get the best, most targeted treatment for their tumour.

Dr Markowetz, Senior Group Leader at the Cancer Research UK Cambridge Institute, said: “The more complex the genetic changes that underlie a cancer, the more difficult they are to interpret and the more challenging it is to treat the tumour. This is tragically clear from the very low survival rates for cancers that arise as a result of chromosomal instability.

“Our discovery offers hope that we can turn things around, providing much more sophisticated and accurate treatments. With Tailor Bio, we are now working hard to bring our technology to patients and develop it to a level where it can transform patients’ lives.”