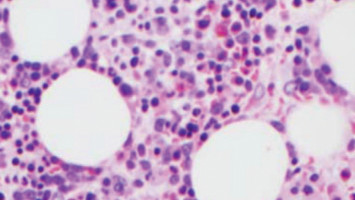 Transfusion-dependent β-thalassemia (TDT) and sickle cell disease (SCD) are both caused by mutations in the haemoglobin β subunit gene that result either in markedly reduced/absent production of β chains of haemoglobin or abnormal haemoglobin polymerization upon deoxygenation.

Recently approved therapies such as luspatercept and crizanlizumab improve disease symptoms, but are not curative.

While allogeneic bone marrow transplantation can cure TDT and SCD, only a limited proportion of eligible patients can locate a compatible donor.

Studies have shown that improving levels of fetal haemoglobin (HbF) is associated with improved outcomes in patients with TDT and SCD.

Other studies have identified single-nucleotide polymorphisms (SNPs) in the BCL11A locus that are linked to increased expression of HbF and subsequently less severe disease.

Previous studies with exa-cel showed impressive results in which a single dose of CTX001TM was sufficient to eliminate red blood cell (RBC) transfusions in TDT and vaso occlusive crises (VOCs) in SCD.

The CLIMB THAL-111 and CLIMB SCD-121 studies aimed to evaluate the efficacy and safety of exa-cel in 44 patients with TDT and 31 patients with SCD.

The patients were then followed up for an average of 12.3 and 9.6 months for TDT and SCD, respectively.

HbF and total Hb levels showed clinically meaningful increases in both disease groups and were maintained throughout the follow-up period with stable proportions of edited BCL11A alleles in bone marrow HSPCs and peripheral blood mononuclear cells.

No deaths, discontinuations, or malignancies were reported.

The consistent expression of edited BCLA11A alleles over 1 year indicated successful long-term editing of HSPCs and is the basis of a durable response.

Watch the press conference on the study here