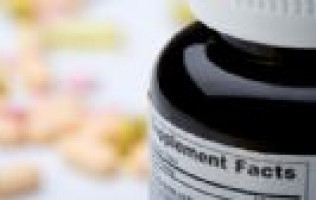 But vitamin D3 is also believed to have anticancer activity, as low vitamin D3 levels and the associated overproduction of an enzyme called CYP24 are linked to a poor prognosis for cancer patients.

Molecules that limit or inhibit the action of CYP24 and molecules that mimic the function of vitamin D3 are nowadays highly researched as potential antiproliferative agents for cancer treatment.

But many of the inhibitors and D3 analogs synthesised so far have shown insufficient clinical response, as well as undesired side effects.

Now, Madhu Biyani from Kanazawa University and colleagues have identified a DNA-derived molecule that binds to and inhibits the function of CYP24 and shows promising antiproliferative activity.

The scientists screened a large number of DNA aptamers — pieces of single-stranded DNA with particular three-dimensional structures that can bind to specific target molecules and have a functional effect upon binding.

They looked for DNA aptamers that bind to CYP24 but not to the similar enzyme CYP271B, which is responsible for the synthesis of vitamin D3.

An initial longlist of 18 aptamer candidates was reduced to 11 representatives with specific molecular structures.

The researchers checked the CYP24 inhibition activity of the 11 representative aptamers in vitro.

Biyani and colleagues performed simulations of Apt-7 binding to CYP24.

A molecular docking scenario was obtained, which they checked experimentally by comparing the behaviour of a mixture of vitamin D3 and CYP24 with and without Apt-7.

The simulations and the experiments showed that Apt-7 results in the inhibition of CYP24 activity, and that what happens is that the aptamer likely interferes with the enzyme's active site.

The researchers also performed high-speed atomic force microscopy on the binding of CYP24 and Apt-7 in real time, confirming the molecular docking scenario obtained from simulations.

Finally, the research team studied the effect of Apt-7 at the cellular level by introducing the molecule to cancer cells.

They observed significant CYP24 inhibition for a cancer cell line known to overexpress the CYP24 enzyme, thus showing antiproliferative activity.  Quoting Biyani and colleagues, these findings "clearly characterised and proposed that a DNA aptamer-based molecule could be a promising lead candidate for anticancer therapy.

Vitamin D refers to a group of molecules responsible for increasing the intestinal absorption of calcium, magnesium, and phosphate.

In humans, the most important molecules from this group are vitamin D2 (ergocalciferol) and vitamin D3 (cholecalciferol).

The major natural source of vitamin D3 is its synthesis in the skin through a chemical reaction requiring sun exposure.

Vitamins D2 and D3 can be obtained from food, but only a few foods, such as the flesh of fatty fish, naturally contain significant amounts.

One of the most important roles of vitamin D is maintaining skeletal calcium balance through the promotion of calcium absorption in the intestines and maintaining calcium and phosphate levels for bone formation.

Vitamin D deficiency can result in low bone mineral density and in an increased risk of osteoporosis (reduced bone density) and bone fracture.

Vitamin D3 also plays a role as an anticancer agent, because the overexpression of an enzyme called CYP24 (involved in catalytic reactions that activate vitamin D3) and related low vitamin D3 levels are associated with a poor prognosis for cancer patients.

Madhu Biyani from Kanazawa University and colleagues have now identified a molecule (Apt-7) that inhibits CYP24, and as such displays antiproliferative activity in cancer cells.

Atomic force microscopy (AFM) is an imaging technique in which the image is formed by scanning a surface with a very small tip attached to a small cantilever.

Horizontal scanning motion of the tip is controlled via piezoelectric elements; the vertical position of the tip changes as it follows the sample's height profile, generating a force on the cantilever that can be measured and back-converted into a measure of the height.

The result is a height map of the sample's surface.

As the technique does not involve lenses, its resolution is not restricted by the so-called diffraction limit as in X-ray diffraction, for example.

Biyani and colleagues used high-speed AFM to study the molecular binding mechanism of CYP24 and Apt-7, a candidate CYP24 inhibitor.