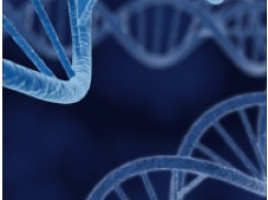 DNA mutations are essential to the rapid development of an array of antibody-producing immune cells called B cells that collectively can recognise a vast number of specific targets.

But this process can go awry in people with a mutation in a gene called SETD2, leading to a type of aggressive blood cancer, according to a study by Weill Cornell Medicine investigators.

The study, published April 20 in Cancer Discovery, found that having a mutation in one of the two copies of SETD2 in B cells can lead to a proliferation of cells that don’t readily repair their mutated DNA, causing an aggressive type of cancer called diffuse large B cell lymphoma (DLBCL).

“However, when both copies of this gene are mutated in the cancer cell, it is fatal to the cell, suggesting that drugs that target SETD2 might offer an effective treatment option for this type of lymphoma,” said senior author Dr. Ari Melnick, the Gebroe Family Professor of Haematology/Oncology in the Division of Haematology and Clinical Oncology and a member of the Sandra and Edward Meyer Cancer Center at Weill Cornell Medicine.

Researchers have previously found that the SETD2 mutation disproportionately occurs in DLBCL in people of African ancestry.

“The finding points to a possible therapeutic intervention for these patients, who don’t otherwise have good options,” said Dr. Melnick.

The strategy is now being tested in a phase 1 clinical trial.

Diffuse large B cell lymphoma develops in B cells in the lymph nodes of humans, dogs and some other mammals.

To understand the underlying causes, lead author Dr. Wilfred Leung examined B cells of mice genetically engineered to lack one copy of SETD2.

He began the study as a doctoral candidate in the laboratory of Dr. Kristy Richards, who was an associate professor with a joint appointment at the College of Veterinary Medicine at Cornell University and Weill Cornell Medicine.

Her laboratory had studied cancer in humans and canines to accelerate the development of potential new treatments.

Normally, during B cell production many mutations occur to churn out the specialised cells needed to fight a particular infection, Dr. Leung said.

“The B cells have to be able to shuffle and mutate antibody genes to come up with new antibodies that protect against a new type of pathogen,” Dr. Melnick added.

SETD2 provides the ability of the genome to sense damaged DNA by adding chemical tags to DNA-support proteins called histones, thus monitoring the integrity of the DNA, said co-senior author Dr. Christopher Mason, co-director of the WorldQuant Initiative for Quantitative Prediction and professor of physiology and biophysics at Weill Cornell Medicine.

Without two copies of SETD2 the cells lose the ability to sense DNA damage and repair it.

As a result, mutations accumulate unchecked, and the cells begin to grow uncontrollably.

“We found a new way cancer forms inside B cells,” said Dr. Mason, who is also the WorldQuant Research Scholar, professor of computational genomics in computational biomedicine in the HRH Prince Alwaleed Bin Talal Bin Abdulaziz Al-Saud Institute for Computational Biomedicine and professor of neuroscience in the Feil Family Brain and Mind Research Institute at Weill Cornell Medicine.

The experiments also revealed that having two mutated copies of SETD2 is fatal to the cancer cells, suggesting that drugs targeting SETD2 might be an effective treatment option for people with this type of cancer.

As luck would have it, a pharmaceutical company has already created a SETD2 inhibitor that is in clinical trials for patients with lymphomas and multiple myelomas.

“This study gets us closer to a precision medicine for a type of cancer that disproportionately affects people of African ancestry,” Dr. Mason said.

This is particularly important because most cancer research has focused only on European and Asian populations, the investigators said.

Dr. Richards would be delighted to know that her research may be on the verge of producing a precision therapy for an underserved population of patients with cancer, Dr. Melnick said.

“It’s a great tribute to her that this study will be important to addressing these health disparities.”