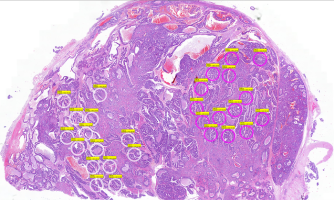 Around 6,600 men are diagnosed with prostate cancer in Switzerland every year. It is the second most common cause of cancer-related death in men after lung cancer.

The advanced stages in which cancer cells have spread to other organs and form so-called metastases are most dangerous.

However, unlike other cancers such as breast or lung cancer, the extremely dangerous metastases in the brain are very rare in prostate cancer.

Only 1.5 percent of advanced cases have been diagnosed as brain metastatic prostate cancer (PCBM), according to a 2020 review study. As a result, PCBM cases have been poorly studied.

Researchers led by Mark A. Rubin of the University of Bern and University Hospital Bern have now filled this gap with the first major study of prostate cancer brain metastases.

In their study, they described the molecular biological profile of PCBM cells. According to the study, these cells have clustered alterations in the cellular repair mechanism, which in healthy cells repairs everyday damage in the genetic strand.

"The changes resemble the genetic signature of other cancers for which effective drugs are available", says Mark A. Rubin, director of the Department for BioMedical Research and president of the Bern Center for Precision Medicine at the University of Bern and University Hospital of Bern.

"This is positive news. Because it means there's nothing standing in the way of targeted treatment for at least some of patients with PCMB". The study was published online in the journal Nature Communications.

Alterations in the repair mechanism of cancer cells

In cancer cells, the cells' repair mechanisms are altered in such a way that they can no longer patch up certain damage in the genetic strand and therefore proliferate uncontrollably.

However, these only work if the changes in the dangerous cells show a certain pattern in the primary repair mechanism.

In their study, the researchers examined prostate cancer brain metastases from 51 PCMB patients obtained from hospitals throughout Switzerland and from a partner institution in the USA.

The analysis showed that alterations in the primary DNA repair mechanism were detected in all tested samples with brain-metastasizing prostate cancer cells.

In about 20 percent of the patients studied, the researchers detected the exact genetic pattern in which, according to a study published in 2020, administration of PARP inhibitors significantly increased survival rates in those affected.

"One in five patients with brain metastatic prostate cancer could therefore benefit from therapy with these targeted drugs", says Mark A. Rubin.

At the same time, genomic analysis of brain metastases and comparison with other cancers opens new doors for basic research.

"If we understand why there are fewer brain metastases in prostate cancer compared to other tumour types, we can learn in the future what changes in the cells make them malignant", explains Mark A. Rubin.

The work is also seen as a prime example of precision oncology in which treatment concepts are increasingly tailored to the specific patient. According to this approach, information on genetic profile of tumour cells of each individual patient is used to design a treatment using drugs that would target the specific alterations observed.

The study was supported, among others, by the Swiss Personalized Health Network (SPHN), the Swiss Cancer League, and in part by the Prostate Cancer Foundation, the U.S. National Institutes of Health (NIH), and the Prof. Dr. Max Cloëtta Foundation.