Obesity associated with a higher risk of fatal prostate cancer, biggest study of its kind finds 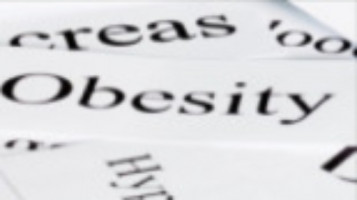 A new study presented at this year’s European Congress on Obesity (ECO) in Maastricht, the Netherlands, and published simultaneously in BMC Medicine, has linked body fat (adiposity) with risk of fatal prostate cancer.

It found that every 10cm (3.9 inches) on a man’s waist increased his odds of dying from prostate cancer by 7 per cent. The association didn’t just apply to belly fat, however, with the rise in risk similar for overall body fatness.

“Knowing more about factors that increase the risk of prostate cancer is key to preventing it,” says Dr Aurora Perez-Cornago, of the Cancer Epidemiology Unit, Oxford Population Health, University of Oxford, UK, who led the research.

“Age, family history and black ethnicity are known risk factors but they are not modifiable, and so it is important to discover risk factors that it is possible to change.”

In addition, although many prostate cancers are slow-growing and may not cause a man harm during his lifetime, others are lethal and these may have different risk factors.

Some previous studies have suggested that higher adiposity (amount of body fat) is a risk factor for lethal prostate cancer, with central adiposity (fat around the belly and waist) being particularly important.

However, the small number of prostate cancer deaths included in individual studies have made it hard to draw firm conclusions.

To find out more, Dr Perez-Cornago and colleagues put data from multiple published studies together in a meta-analysis. Funded by Cancer Research UK, it was the biggest meta-analysis of its kind. It included data on 2.5 million men from 19 studies on the PubMed, Embase and Web of Science databases, as well as data from a new analysis of data from more than 200,000 men in the UK Biobank study.

All of the studies included in the meta-analysis were prospective, meaning men who were free of prostate cancer at the start of the study were followed for many years and the number of deaths from prostate cancer during that time logged.

Adiposity was measured at the start of each study, with up to four different measures used: body mass index (BMI, a measure of body fat based on weight and height, available for 19,633 men who subsequently died from prostate cancer), waist circumference (3,181 deaths), waist to hip ratio (1,639 deaths) and body fat percentage (670 deaths).

Every five-point increase in BMI was found to increase the risk of dying from prostate cancer by 10 per cent, while a 5 per cent increase in total body fat percentage raised the risk by 3 per cent.

The researchers also calculated that there would be around 1,300 fewer prostate cancer deaths a year in the UK if the average BMI in men was five points lower.

The study’s authors conclude: “We found that men with higher total and central adiposity have a higher risk of dying from prostate cancer than men with a healthy weight.”

It isn’t clear what is behind the link, says Dr Perez-Cornago. Several biological mechanisms have been proposed. It is likely, however, that differences in detection also play a role. The disease may be harder to detect in men with obesity, leading to it being diagnosed later when it is harder to treat.

Dr Perez-Cornago adds: “More research is needed to determine if the association is biologically driven or due to delays in detection in men with higher adiposity.  In either case, our latest results provide another reason for men to try to maintain a healthy weight.”

Karis Betts, Senior Health Information Manager at Cancer Research UK, said: "This research looks at the likelihood of dying from prostate cancer for people who are overweight or obese, but further studies to investigate whether obesity increases the risk of developing prostate cancer in the first place are needed. While the jury is out on the relationship between prostate cancer and obesity, it’s still important to keep a healthy weight as obesity causes 13 other types of cancer.

"However, by building on these useful findings in future, scientists can start to unpick what the mechanism of prostate cancer and obesity could be, helping them to better understand who is at an increased risk of getting and dying from the disease."

Source: European Association for the Study of Obesity