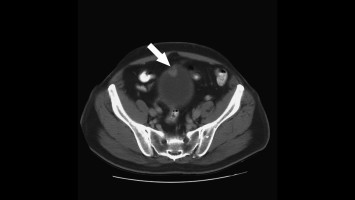 Scientists from the University of Sheffield have discovered a drug already used to treat lung cancer could help to improve survival rates for bladder cancer patients.

A total of 120 patients from 15 hospitals in the UK were recruited for the NEOBLADE phase two randomised control trial, led by Professor Syed A Hussain from the University of Sheffield’s Department of Oncology and Metabolism.

The primary outcome of the study was to establish if adding the drug nintedanib - which blocks different proteins from sending signals to cancer cells to grow - could improve the pathological complete response (the absence of all detectable cancer after treatment) of patients undergoing chemotherapy for muscle-invasive bladder cancer.

Although the study, published today (Monday 11 April 2022) in The Lancet Oncology, did not find significant improvement for this primary outcome, results showed adding nintedanib did improve overall survival rate - something which now requires further investigation in larger trials.

Professor Syed A Hussain , Professor of Medical Oncology at the University of Sheffield, said: “This is a very exciting and important trial. Although we did not see an improvement in adding nintedanib to chemotherapy in terms of immediate outcome of pathological complete response, we found promising results in terms of improving the overall survival rate of bladder cancer patients.

“These results could be related to changes in the microenvironment of cancer cells translating into survival benefit.

“The study also showed that the treatment - which patients can take at home in tablet form - was well tolerated. This is extremely positive as it does not appear to add significant side effects to those already experienced by patients undergoing chemotherapy."

Professor Hussain added: “This was a small trial but the findings are promising and need further investigation in a larger randomised trial. In the UK, over 10,000 people are diagnosed with bladder cancer each year and almost 5,500 people die from the disease each year.

“We are particularly eager to explore the potential impact of adding this targeted cancer drug to the standard care of chemotherapy on those patients with alteration in specific biomarkers targeted by this drug who may be at much higher risk of cancer cells leaving the tumour and spreading throughout the body.

“This is where the treatment has the biggest potential as there is some evidence to suggest that by blocking these specific biomarkers, nintedanib may improve clinical outcome. Further translational studies to learn from patient samples are now planned.”

Professor James Catto, Professor in Urological Surgery at the University of Sheffield and co-author of the study, said: “These findings are very exciting. They show that combining drugs with different mechanisms of action is possible, is acceptable to our patients and improves long term outcomes. This study is the start of a more personalised approach to treating this common cancer.”

This investigator-initiated study was funded by Boehringer Ingelheim and ran through Liverpool Clinical Trials Centre. It was sponsored by Clatterbridge Cancer Centre, Liverpool.