Cancer-fighting viruses soften up their victims before attacking 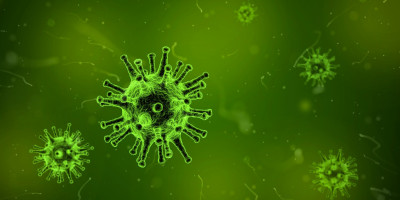 A research team based at the University of Ottawa and The Ottawa Hospital has developed a virus that infects and kills cancer cells without harming normal cells, while also sending out signals to prepare nearby uninfected cancer cells for viral attack.

Their new study, published in Nature Communications, shows that this novel strategy can shrink tumours and significantly prolong survival in several cancer models in mice.

The strategy relies on extracellular vesicles, tiny particles that pinch off from a cell and fuse with other cells.

The research team created a virus that causes infected cells to produce extracellular vesicles filled with a specific RNA that blunts the antiviral defences of nearby cancer cells.

They found that this novel virus can work with other forms of immunotherapy, as well as with small-molecule drugs, to enhance cancer-killing even further.

“Cancer cells are constantly evolving new ways to evade our therapies, so we designed this therapy to target cancer on multiple fronts at the same time,” said senior author Dr. Carolina Ilkow, Assistant Professor in the Faculty of Medicine and Senior Scientist at The Ottawa Hospital. “We believe these observations are transformative for the fields of oncolytic viruses, miRNA therapeutics and exosome-based therapies.”

The researchers note that while many groups are investigating therapies based on RNA and extracellular vesicles, these therapies are much more difficult to manufacture and store than viral therapies.

This new viral technology could have a broad impact, as it provides an easy and targeted way to “manufacture” and deliver RNA therapeutics and extracellular vesicles right inside the patient, rather than in a lab.

This research used a Maraba virus that has been tested in human clinical trials as a cancer therapy, but the strategy could be applied to other viruses as well.

The researchers used several different models of pancreatic cancer (mouse and human) as well as models of ovarian, breast, kidney and skin cancer.