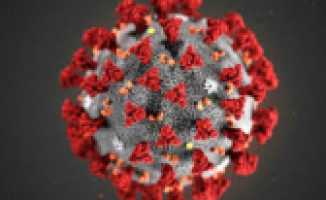 During the first nine months of the COVID-19 pandemic, paediatric cancer patients from lower-and middle-income countries faced a higher risk of all-cause mortality than those in high-income countries, according to data presented at the AACR Annual Meeting 2022, held April 8-13.

This study was concurrently published in BMJ Open.

Paediatric cancer, while rare, is the world’s second-leading non-communicable cause of death among children.

Research has shown that survival rates from childhood cancers are dramatically different in lower-and middle-income countries (LMICs) compared with high-income countries (HICs), explained the study’s presenter, Muhammed Elhadi, MBBCh, a medical doctor at the University of Tripoli in Libya.

“Childhood cancers are often curable, but without appropriate and timely diagnosis and treatment, they are too often fatal,” Elhadi said. “More than 90percent of pediatric cancer deaths occur in LMICs, due to factors including underdiagnosis and lack of access to effective therapies.”

As the COVID-19 pandemic spread throughout the world, the same disparities that plague many aspects of health care quickly became apparent.

Elhadi and colleagues suspected that the pandemic was disproportionately affecting children’s cancer services in LMICs and, subsequently, may be contributing to poorer outcomes for children with cancer.

To evaluate the impact of the pandemic on pediatric cancer care, researchers and clinicians from the Global Health Research Group on Children’s Non-Communicable Diseases Collaborative, led by Kokila Lakhoo, PhD, and Noel Peter, BMedSci, collected data from 91 hospitals and cancer centres around the world.

They examined data from March to December 2020, encompassing 1,660 patients who were under the age of 18 and had recently been diagnosed with or were in active treatment for acute lymphoblastic leukaemia, non-Hodgkin lymphoma, Hodgkin lymphoma, Wilms tumour, sarcoma, retinoblastoma, gliomas, medullablastomas, or neuroblastomas.

Risk of all-cause mortality was 4.3 percent in LMICs, compared with 0.4 percent in the HICs.

At 90 days after the study was initiated, 66 patients in LMICs had died, compared with 5 patients in HICs.

After controlling for factors including age, sex, weight, tumour grade, and tumour stage, the researchers found that pediatric cancer patients in LMICs had 35.7 times the risk of all-cause mortality than those in HICs.

Researchers found that overall, 219 children had had their cancer treatments delayed, interrupted, or modified due to the pandemic.

Elhadi said that while the researchers were able to document cancelled or delayed surgeries, and changes to treatment modalities, they were not able to determine whether deaths were caused by COVID-19, cancer, or other causes.

The researchers are now collecting data reflecting outcomes from the first year of the pandemic and working to fully identify causes of death, Elhadi said.

“This study illustrates the stark disparities that continue to exist in children’s cancer care, and the multiple impacts that COVID-19 pandemic has had on health care systems across the globe,” Elhadi said. “Our results underscore the need for a renewed assessment of health care resources.“

This pandemic has become the defining crisis of our generation, and its ramifications may stretch beyond the acute crisis and have far-reaching consequences for the future. Understanding its true impact, taking on key lessons, and identifying vulnerabilities within health systems helps us develop solutions, which will also prove critical on our path toward equitable global pediatric oncology care,” Elhadi concluded.