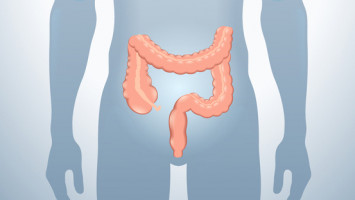 Interactions between cells of the immune system and pre-cancerous cells are known to be important contributing factors to the initiation and progression of cancer.

However, the dynamics of these interactions have not been widely understood until now.

Moffitt Cancer Center researchers have revealed that the creation of an immunosuppressive environment is key to the progression of benign colorectal adenomas to invasive, malignant carcinomas.

Their findings were published in Nature Communications.

Colorectal cancer is the third most common cancer in the U.S.

Approximately 1 in 25 people will be diagnosed with it in their lifetime.

Despite the high number of Americans who will develop colorectal cancer, the incidence has been decreasing due to better screening and diagnostics that can detect pre-cancerous adenomas before they develop into malignant carcinomas.

Studies suggest that despite the increased risk of developing colorectal cancer in patients who have adenomas, most pre-cancerous lesions do not actually progress to a completely malignant state.

“Bowel cancer screening programs detect approximately five high-risk adenomas for every cancer found and longitudinal endoscopic surveillance of adenomas reveals that less than 2% of adenomas progress to cancer within three years. Consequently, there appears to be a substantial ‘evolutionary hurdle’ that must be overcome for an adenoma to become invasive,” said lead study author Dr. Sandy Anderson, chair of the Integrated Mathematical Oncology Department and co-founder of the Center of Excellence for Evolutionary Therapy at Moffitt.

Anderson and his team, including collaborators from Barts Cancer Institute in the UK, wanted to improve their understanding of the hurdles that pre-cancerous adenomas must overcome to progress to invasive carcinomas.

They used mathematical modelling and spatial ecological analyses of patient tissues to characterize these events.

Mathematical models are often used by ecologists to study interactions among different species and are ideal tools to analyze complex interactions between human cells that would otherwise be difficult to assess in typical laboratory studies with cell and mouse models.

The researchers focused their analysis on interactions between immune cells and cancer cells, including the processes of immune blockade, immune suppression and antigenicity.

During immune suppression, surrounding immune cells, such as M2 macrophages, infiltrate the tissue area to suppress an immune response.

These immune cells can also produce factors that contribute to cancer cell growth.

Finally, antigenicity refers to the levels of tumour-specific protein markers displayed on tumour cells that can be recognized by immune cells.

The immune cells can then target the tumour cells for destruction.

Through their analyses, the researchers discovered that immune escape represents a “bottleneck” through which pre-cancerous adenomas must pass to progress to a malignant carcinoma, a feat most frequently accomplished through construction of an immunosuppressive niche.

Adenomas have low levels of immune suppression, large cytotoxic T cell infiltrates, and an abundance of highly immunogenic antigens that can be recognized by immune cells.

These characteristics combine to prevent the adenomas from progressing to carcinomas.

Adenomas that begin to progress to a malignant state do so by creating a niche rich in immunosuppressive cells and cytokines, preventing the tumour from being eliminated by predatory immune cells.

As the early malignant tumour continues to progress, the levels of immunosuppressive cells and cytokines increase, allowing the tumour to reside in an environment free of tumour-targeting immune cells where it can continue to grow and acquire more antigens to become a fully malignant carcinoma.

“As the immunosuppressive niche is fundamental to progression and persistence, reengineering the microenvironment towards an immune-hot phenotype may prove to be an effective form of immunotherapy,” said Chandler Gatenbee, a research scientist in the Integrated Mathematical Oncology Department and a member of Anderson’s lab.