How accelerated biological ageing may cause bowel cancer 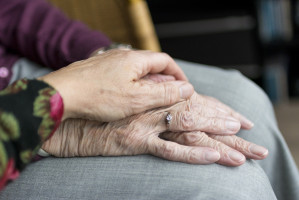 Scientists have shown how accelerated biological ageing measured by an epigenetic clock may increase the risk of bowel cancer, according to a report published in eLife.

The study provides evidence that biological age might play a causal role in the increased risk of certain diseases, and paves the way for interventions that could slow down this process.

Epigenetic markers are changes to DNA which may alter the way in which our genes work and are known to vary as we age.

DNA methylation patterns on the genome have been shown to relate closely with age and they can provide insights into 'biological ageing' – that is, how old our cells look compared to how old they are in years.

“When an individual’s biological age is older than their chronological age, they are said to be experiencing epigenetic age acceleration,” explains first author Fernanda Morales-Berstein, a Wellcome Trust PhD Student in Molecular, Genetic and Lifecourse Epidemiology at the MRC Integrative Epidemiology Unit, University of Bristol, UK.

“Epigenetic age acceleration, as measured by DNA methylation-based predictors of age called epigenetic clocks have been associated with several adverse health outcomes including cancer. But although epigenetics can be used to predict cancer risk or detect the disease early, it is still unclear whether accelerated epigenetic ageing is a cause of cancer.”

To address this, the team used a method called Mendelian randomization to mimic a randomized trial evaluating the effectiveness of changes in epigenetic ageing as a cancer prevention strategy.

They used information on known genetic variants associated with levels of epigenetic age acceleration to investigate this.

The team compared four established epigenetic clocks used to measure biological ageing and their genetically predicted associations with a range of cancer types.

Two were first-generation clocks which use patterns of DNA methylation strongly linked to chronological age.

The others were second-generation clocks which use markers associated with increased risk of age-related diseases or death.

The most striking result was seen for bowel cancer, where the results measured by one of the second-generation clocks, called GrimAge, suggested a 12% increased risk of bowel cancer with every additional year of biological age (over chronological age).

These results were further corroborated by an association between biological age acceleration and parental history of bowel cancer.

Further analysis suggested that evidence for the risk was stronger for colon cancer compared with rectal cancer.

Previous studies have suggested that epigenetic age acceleration is influenced by several cancer risk factors, such as obesity and smoking.

The additional evidence from the current study suggests that targeting this pathway, for example through lifestyle changes or epigenetic-targeted therapies, could help reduce this risk.

“Our work provides potentially relevant findings for public health,” says senior author Rebecca Richmond, Vice-Chancellor's Research Fellow in Molecular Epidemiology at the MRC Integrative Epidemiology Unit, University of Bristol. “If epigenetic age acceleration is a causal mediator between risk factors and bowel cancer, the clock may be a treatable intermediary for when targeting the underlying risk factors is not feasible or too difficult to accomplish, particularly in populations at high risk. More research is needed to support our findings and evaluate whether epigenetic age acceleration can be modified by lifestyle or clinical interventions.”