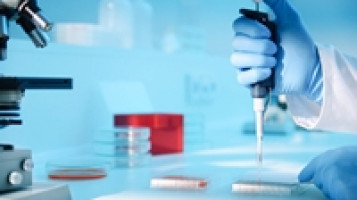 Cancer cells initially confined to a single location in the body can eventually spread, or metastasise, to distant sites such as the bone, lung, liver and brain, where they take on new characteristics depending on the particular tissue environment.

In a study published in Cancer Research, a team led by investigators at Massachusetts General Hospital (MGH), using single-cell protein analysis, has revealed insights into these alterations that may help explain why certain therapies work against some metastasised cancers but not others.

The findings may help clinicians tailor treatments to individual patients.

The adaptations that cancer cells take on after they’ve spread can change the cells’ expression of proteins called kinases and make them more or less responsive to drugs designed to target these proteins.

To help provide clarity, investigators examined the proteins expressed by individual cancer cells that had metastasised to various sites in mice with prostate cancer.

The team found that, compared with primary tumours and lung and liver metastases, bone metastases overexpressed kinases that are part of the phosphatidylinositol 3-kinase (PI3K)/mammalian target of rapamycin (mTOR) signalling pathway, which is known to drive cancer.

Even within tumours, the team observed differing levels of expression of kinases involved in the PI3K/mTOR pathway among cells, with those derived from epithelial cells (which cover body surfaces, cavities and organs) having higher expression than those from mesenchymal cells (which include a variety of other cell types).

The findings suggest that epithelial tumour cell populations with elevated PI3K/mTOR signalling are naturally poised to respond to drugs that target kinases involved in this pathway.

A variety of these drugs are approved or are under clinical investigation.

“Cancer cell heterogeneity—or differences among cancer cells—is one of the key confounding factors influencing therapeutic outcomes in patients,” says senior author Shyamala Maheswaran, PhD, a molecular biologist in the Mass General Cancer Center and the MGH Department of Surgery. “Heterogeneity in kinase activity in the various metastatic sites and across different cancer cell states—such as epithelial and mesenchymal cancer cells—need to be considered when contemplating combination therapies.”